A county council is set to consider scrapping countryside car parking charges thanks to a regional news website’s campaign.

HTFP reported in October last year how Surrey Live had launched a petition calling on Surrey County Council to scrap fees which had been introduced at a number of car parks three months beforehand.

According to the Guildford-based site, the introduction of the charges has prompted thousands of people to boycott rural beauty spots in protest.

But the council has previously said the charges were needed to help pay for conservation in the face of continuing cuts to its budget. 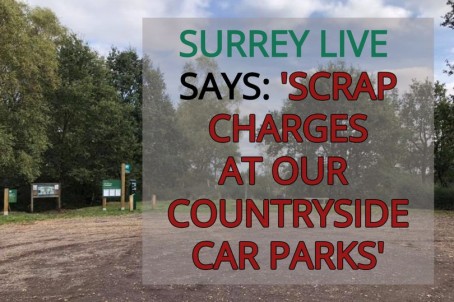 Surrey Live’s petition received more than 4,500 signatures since its launch, and will now be discussed by the authority’s cabinet next month.

Editor Deanne Blaylock will be given three minutes at the meeting to address councillors as the lead petitioner.

She said: “This issue hasn’t gone away. Six months down the line people are still boycotting these charges.

“If people have been driven away from our countryside, then the charges have failed and we will be taking this opportunity to make that point to the county councillors.”

The meeting will be held at County Hall, in Kingston upon Thames, on 26 February.