Correspondent who worked for weekly for 60 years dies aged 86 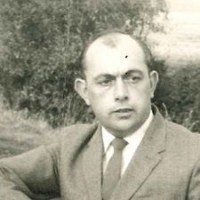 A correspondent who wrote for a weekly newspaper for 60 years has died aged 86.

Tributes have been paid to Fred Clark, left, who worked for the Retford Times between 1956 and 2016.

In his capacity as correspondent for the Nottinghamshire village of Laneham, Fred wrote more than 3,000 articles for the Times, including exclusives which ended up on its front page, while he also broke “some major news stories” in his regular column.

Julien Edison, who worked at the Times from 1970 to 1977 and was one of six editors Fred worked under, told Lincolnshire Live he was a “local legend” in Retford.

Julien said: “Fred was not formally trained to be journalist but he had some knack for the news.

“He loved journalism as a side job and he was well respected in the work that he produced for the Retford Times.

“Fred was one of the friendliest characters I have ever met and I was very sad to hear that he had passed away.

“He lived a good life where he fulfilled his ambition as an outstanding correspondent for the area.”

During his working life, Fred had a full-time role with an animal feed company in the Retford area.

He died on 13 February, and his funeral will be held tomorrow (7 March).