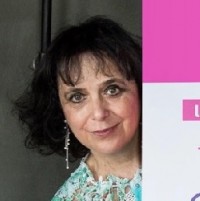 A newspaper’s coverage of the world’s biggest arts festival has been saved after four host venues stepped in to provide £10,000 worth of advertising to keep a daily supplement going.

The Scotsman has announced it will produce the supplement covering the Edinburgh Festival Fringe as usual this year after four organisations involved in hosting the event pledged to each take out £2,500 worth of advertising with the JPIMedia-owned daily.

The paper has made the terms of the agreement public “in the interests of full transparency” and to make clear that its coverage will remain editorially independent.

A separate agreement has seen Edinburgh University join The Scotsman as a partner in its Fringe First Awards, which celebrate the best of new writing at the festival.

The statement was issued as a comedy chief urged thousands of festival-goers to buy the newspaper, saying the loss of the supplement would have been a “disaster,” and imploring its potential new owners to invest in it.

The Scotsman is one of the flagship titles owned by JPIMedia, which recently confirmed it was up for sale.

The statement published by The Scotsman yesterday reads: “This year, The Scotsman’s Edinburgh Festival coverage has been partially funded by outside organisations.

“We are very grateful for the support of Edinburgh University, who are partnering with us for our Fringe First Awards, and to Assembly, Gilded Balloon, Pleasance and Underbelly, who are sponsoring our daily Festival supplement.

“All of our partners and sponsors understand and respect the importance of our editorial independence, and this is incorporated into our agreements with them.

“In the interests of full transparency, we are acknowledging this support in every edition of the Festival supplement. However, as questions have been raised about the second of these agreements, for the sake of additional clarity we are now releasing the following statement:

“This year, Assembly, Gilded Balloon, Pleasance and Underbelly have come together to sponsor The Scotsman’s daily Festival supplement, and support the Scotsman in continuing to be the biggest single source of professional reviews on the Edinburgh Festival Fringe.

“Each organisation has agreed to take out £2,500-worth of advertising in The Scotsman, and The Scotsman has committed to spend all of this additional £10,000 of revenue to enhance its coverage of the Edinburgh Festival Fringe.

“The terms of the sponsorship agreement clearly state that “all of the parties understand the importance of ensuring journalistic integrity and independence” and that ‘JPIMedia shall retain complete editorial control over the Festival supplement.’

“The four sponsor organisations understand that how the additional £10,000 is spent is entirely at the discretion of The Scotsman’s editorial team.  They will have no influence over the content of this additional coverage, and their investment will have no bearing on the number of reviews commissioned of shows at their venues.

“The organisations are instead keen to support the ecology of the wider festival and believe that it is important to support The Scotsman so that it can continue as the paper of record and the leading critical newspaper at the festival, reviewing as many shows as possible.”

The director of Dave’s Edinburgh Comedy Awards Nica Burns, pictured, has implored those attending the festival to make sure they buy a copy of The Scotsman, which she described as a “wonderful newspaper.”

According to the Edinburgh Reporter, Ms Burns told an annual comedy industry lunch: “Just before the festival started we nearly lost The Scotsman’s daily festival supplement with its huge range of features, reviews and its Fringe First Awards.

“The Scotsman has given enormous support to this festival from day one and has a special relationship with it. Through their Fringe First they guarantee to see every new play, they champion new theatre makers just as Dave’s Edinburgh Comedy Awards champions new and up and coming comedians.

“Losing the Fringe Firsts, and losing the review supplement, would have been a disaster for all performers. Both have been saved by swift and decisive action.

“The University of Edinburgh is partnering the Fringe Firsts and the four big venues. Assembly, Gilded Balloon, Pleasance and Underbelly are sponsoring the reviews supplement which has promised a whopping 900 reviews. All whilst guaranteeing the independence and integrity of the paper and its journalists. Quite right.”

Addressing any potential new owner of The Scotsman, Ms Burns added: “Please save this wonderful newspaper, expand it online and take it forward. To everyone who cares about this festival, please buy The Scotsman as an additional newspaper – £1.70 and there’s a really good deal online. Show the new owners that we value it.

“We can’t come back in 2020 without having done everything we possibly can to ensure the long-term critical coverage of the Fringe. What happened at the Scotsman was more than just a warning. The time for moaning is over. We need to take action.”

Reach plc has so far been the only publisher to officially confirm its interest in the company, saying it is in talks to buy “certain” of its assets.

JPIMedia, publisher of The Scotsman, declined to comment further when approached by HTFP.