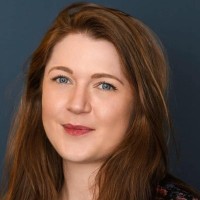 A city news website has pledged to “beat the trolls” after launching a crackdown on online abuse.

Plymouth Live has announced its bid to tackle targeted abuse and harassment taking place on its website and social media channels.

The site, sister title to daily newspaper the Plymouth Herald, has taken to contacting so-called “trolls” in a bid to create a “friendly place, where different views and opinions are welcome and tolerated.”

The launch of the crackdown coincided with World Suicide Prevention Day, which was marked on Tuesday.

Plymouth Live head of content Sarah Waddington, pictured, told HTFP: Plymouth Live said: “We want our social media pages and website to be a place where our readers are able to voice their broad range of opinions and views, without fearing a backlash of personal abuse.

“We want people to be able to offer their constructive criticism of us, of what they are reading, and of the people we are writing about – but we don’t want that criticism to be targeted hatred with little or nothing to do with the issue at hand.

“We also want our social media pages and website to be a really happy and positive place for people to come and enjoy. We want it to be a place where people interact with each other and us in a constructive way, not a place for trolls to bully and torment our readers and our reporters.”

The move came after Sarah noticed a man had commented on one of Plymouth Live’s Facebook posts “making a snide and passing comment” about the teeth of a person pictured, and subsequently contacted the abuser directly to take him to task.

Sometimes calling somebody out is all it takes. pic.twitter.com/qcXpamWwfr

Added Sarah: “I decided to pop him a message, reminding him the individual we were writing about is a real person with feelings. The conversation turned, the man apologised and said he would think twice in future about what he posted on social media, having suffered from anxiety and depression in the past himself.

“Plymouth Live wants to start having more honest and open conversations with people and hopefully, in the next year, we will see a big shift in the way people use and interact with our social media pages and website.

“I think it is possible to beat the trolls at the same time as continuing to provide a platform for lively and sometimes impassioned debate.”

This year a string of regional journalists have gone public about personal abuse they have received online – with outgoing Coventry Telegraph editor Keith Perry warning that “truly appalling” online abuse of journalists is now becoming the “new normal.”