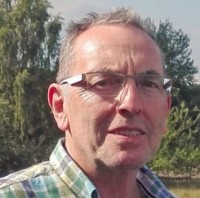 A former regional journalist faces losing his job as mayor of a German town when Britain leaves the European Union.

Iain MacNab, who used to work for the Perthshire Advertiser, has been burgermeister of the northern German town of Brunsmark, around an hour from Hamburg, for the last 12 years.

But he has now been informed by the state of Schleswig-Holstein that when the UK leaves the EU, British people “won’t be allowed to hold any office in a local council or local government.”

Iain will have to step down form the role unless he becomes a German citizen or secures dual nationality before the end of October, but says he will not be seeking the latter.

He has lived in Germany since the 1970s and has spent 16 years working in local government there, but told Dundee daily The Courier he is still to decide whether to return to Scotland with his German wife and their two children or to continue living in Brunsmark with his family.

Iain told The Courier: “I’ve been 70 years a Scot and I’m going to stay that way.  It’s making me do something that I never ever wanted to do.

“It makes me begin to look at Scottish independence. I would never have considered it before this nonsense started.”