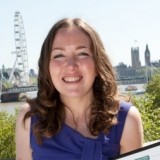 An award-winning former regional daily court reporter has launched her own press and public relations agency.

Nicky Harley, left, who spent 10 years in the role for the Hull Daily Mail, has founded the Yorkshire-based Northern Press and PR Agency.

During her time with the Mail, Nicky won a series of accolades including Specialist Writer of the Year and Scoop of the Year at the 2012 Regional Press Awards.

She also became the only journalist in the country to receive the High Sheriff’s Award, after she unearthed new evidence to convict a cold-case rapist in the East Riding of Yorkshire.

After leaving the Mail in 2013, Nicky had stints with the Press Association and dailies including The Times, Daily Telegraph, Sunday Times, Mail On Sunday and Guardian.

Nicky, 40, told the Keighley News, which she worked for prior to moving to the Mail, that the agency was a “new exciting chapter” for her.

She said: “We hope local businesses will join us in our adventure and let us help raise their profile and firmly put them on the map.

“I’ve got a proven track record with hundreds of exclusive investigations and articles for clients appearing in all the national and regional media over the last few months.”