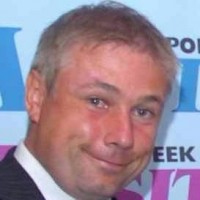 An award-winning editor has been made redundant by a regional publisher after almost six years in his role and more than 20 years in the industry.

Andrew Brown, pictured, worked his last day at the Southport Visiter on Wednesday after 23 years working for Reach plc and its forerunners.

Andrew, who previously served as the Visiter’s assistant editor, was also responsible for the Midweek Visiter and Ormskirk Advertiser in his most recent role.

Adrian Short, editor of the Runcorn and Widnes Weekly News series, will now add the papers to his portfolio and oversee a team of three reporters working across the titles.

In a farewell post on his Facebook page, Andrew said he had “loved every second” of his time at the Visiter.

He wrote: “So proud to have worked with an incredible team of young journalists, who made the Visiter website the fastest growing news website in the UK and runner-up for North West Newspaper Awards; the Visiter Facebook page becoming the fastest growing in the UK; the Southport Visiter and Midweek Visiter both winning Newspaper Of The year titles.

“We launched big campaigns such as Stand Up For Southport, Save Southport Hospital Children’s A&E, Shop Local, Choose Local and more – I hope these continue to grow.

“I would like to say an enormous thank you to our huge army of citizen journalists, our columnists, our brilliant reporters, photographers, advertising colleagues, readers, and contributors, who make the Visiter and Advertiser what they are.”

Hundreds of people commented on the post to wish Andrew luck in the future.

Among them was Bolton News feature writer Jamie Bowman, who wrote: “I honestly can’t sing your praises enough Andrew Brown – from the moment I walked into the Visiter newsroom on work experience you were supportive and encouraging and it was those positive early experiences that installed in me such a love for local newspapers.

“Watching at first hand your passion for your hometown was an utter inspiration as was your incredible work ethic which never seemed to be appreciated enough.

“When times got tough for me you were the first on the phone to check how I was and lend your support and I will never forget that. I always hoped that we’d work together again someday but whatever the future holds local journalism on Merseyside is worse off without you. All the best mate.”

Liverpool Echo community reporter Jess Molyneux added: “Thanks for being such a great editor in my first ever journalism job on the Visiter and for all your support and kind words since.”

And North Wales Daily Post editor Andrew Campbell wrote: “Your dedication over so many years has earned you so many friends and so much respect.”