Archaeological investigations have held up plans to turn the former home of two sister dailies into retirement housing.

The investigations are currently being carried out at Lower Brook Street, the headquarters of the East Anglian Daily Times and Ipswich Star until 2016.

Demolition work began the following year, and site clearance is continuing to take place along with the historical survey.

The scheme has full planning permission but the start of building was delayed by the archaeological dig, costing £350,000, to unearth more about the history of the area near to the ancient port and waterfront – which dates as far back as Saxon times. 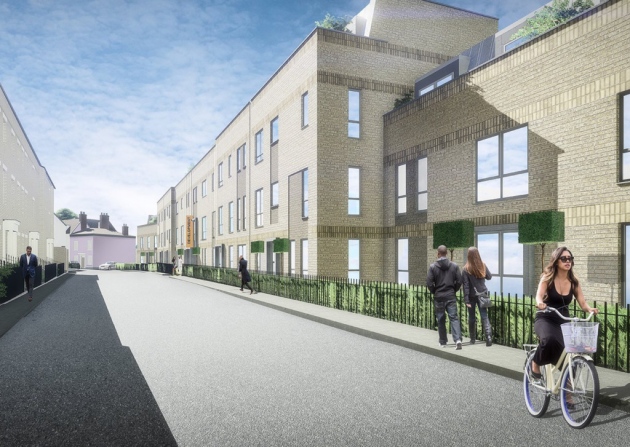 An artist’s impression of how the scheme will look

Developer McCarthy and Stone has now begun advertising the apartments on its website, and 51 are planned in total.

A spokesman for the builder told the Star: “Archaeological investigations and site clearance are continuing to take place on the Lower Brook Street site.

“The current owner is undertaking this work before the site can be handed over to us for redevelopment.

“Once the handover is complete, McCarthy and Stone will start construction on a new retirement living community for the over 60s.

“We are looking forward to helping to meet the demand for age-exclusive apartments in Ipswich.”