Journalists get ‘sneak peek’ at transformation of former HQ

Journalists on a regional news website has been given a “sneak peek” behind the transformation of their former newsroom into apartments.

Gloucestershire Live has been given a tour of the development of St John’s Lane, which was the home of its sister print title The Citizen, in Gloucester, until 2006.

Work is currently going on at the site, pictured below, and it is hoped that a show apartment could be in place later this year with the first properties going on sale in 2020. 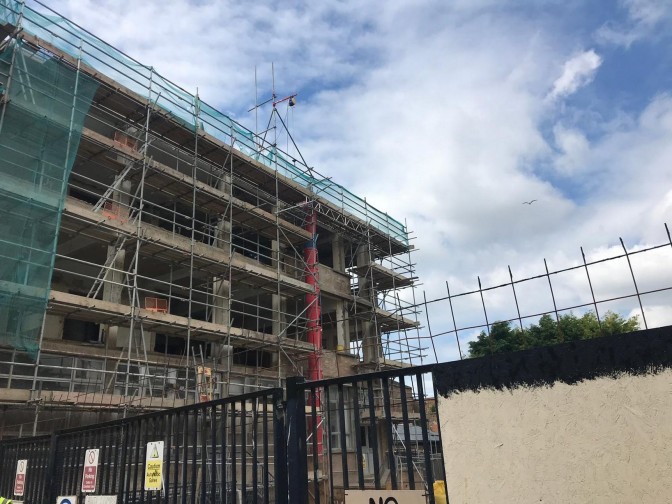 After The Citizen left the building, it was used by a ladies’ gym. As part of the new development, a replacement gym for women is being constructed outside.

A Gloucestershire Live story about the development states: “The project for the flats, as well as reflective cladding on the ageing building, was granted permission back in October 2015.

“But the developer behind it, city entrepreneur Chance Malone, has since had to take on other projects including the relocation of Gloucester Antiques Centre to Westgate Street.”

The Citizen was based at The Oxebode after leaving St John’s Lane, and  was also briefly based at the Echo’s Cheltenham offices before the move to Gloucester Quays.