The Bracknell News was the only paid-for weekly newspaper in the country to experience a circulation increase during 2018, according to today’s ABC figures.

The News posted a modest increase of 1pc between January and December last year, when compared with the same period in 2017.

The Newsquest-owned News is a 75pc paid-for product, as it was in 2017, with ABC classing anything which is over 50pc paid-for in that category.

The Bridport News, another title owned by the same company, posted the best return for a 100pc paid-for product, recording a 2pc year-on-year circulation decline. 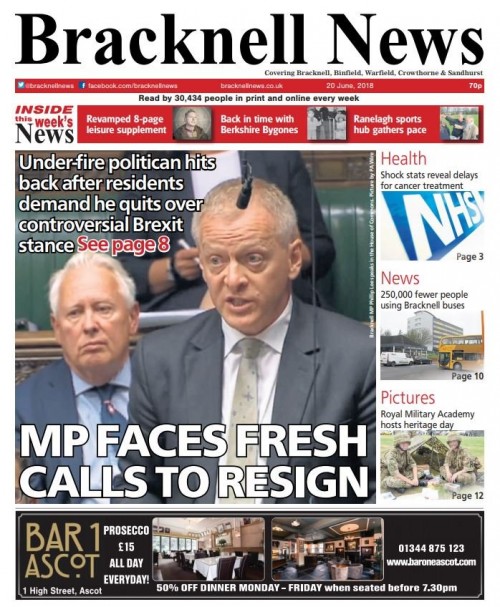 Among the non-dailies classed as free by ABC, Cornwall’s The Packet, a third Newsquest weekly, topped the charts with a 246pc increase.

The Ely Standard, which is a 58pc free product, recorded the next-best figures with a 4pc year-on-year increase.

Other titles which recorded increases include The Messenger, which covers parts of Greater Manchester and the surrounding area, the Hunts Post and the Dunmow Broadcast.

All three of those newspapers are more than 96pc free products.

Full figures for paid-for weeklies, in order of circulation increase, are as follows. Scroll down for the list of free weeklies.