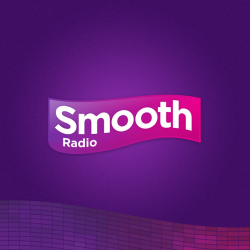 Up to 100 jobs are set to go in the biggest shake-up of local radio for a generation after bosses announced moves to streamline programming across the UK.

Locally-produced breakfast shows are facing the axe across the Heart, Smooth and Capital radio networks, with each station moving to a single national show fronted by big-name presenters.

All three networks are now owned by the same company, Global Radio, which has spent years buying up previously independent local commercial radio stations and rebranding them.

The changes, announced yesterday, come after broadcast regulator Ofcom relaxed the requirement on stations to provide local programming from seven hours a day to just three.

Local commercial radio has been a traditional route into broadcast media for regional journalists, but future such opportunities are now likely to be limited.

BBC Berkshire presenter Paul Coia said in a tweet: “Any newbie wanting in to radio now has more chance of curing the common cold and solving Brexit before tea-time. Shame.”

Meanwhile the 14 local breakfast programmes in the Capital network will be replaced by Capital London’s breakfast show.

Most drivetime shows will continue to be local but will cover much larger patches.

For instance, Capital will now carry nine drivetime shows instead of the current 14, Heart will carry 10 instead of 23 while Smooth will carry seven.

The changes will also mean the closure of some local radio centres with studios in Brighton, Cambridge, Chelmsford, Exeter, Gloucester, Kendal, Kent, Lancaster, Norwich and Swindon earmarked for closure.

Global says local news and travel information “will continue to air on a local licence level as per legislation requirements”.

Ashley Tabor, the station’s founder, said the ability to “lead the commercial radio sector’s next huge step, and to properly compete with BBC Radio 1 and 2 at breakfast time” was “a huge opportunity.”

But Labour deputy leader and shadow culture secretary Tom Watson said: “The loss of more than 100 local radio jobs across the country is a travesty and particularly damaging at a time when local news is already under extreme pressure. Replacing local voices with London-based presenters will be a terrible loss to communities across the country.”

Ofcom has published a list of the proposed format changes here with links to the detailed proposals for each area.