Weekly which replaced regional Sunday to close after eight months

A weekly newspaper set up to replace a regional Sunday title which closed last year is itself set to close after eight months in print.

Reach plc has announced Bedfordshire Midweek will close later this month because the paper’s financial position is “no longer viable”.

Midweek was launched after Reach’s forerunner Trinity Mirror shut Bedfordshire on Sunday after 40 years in print.

But the company, which says it made the publication date switch in a bid to reduce costs, has blamed the “accelerated” decline in print advertising for the decision to close the new title. 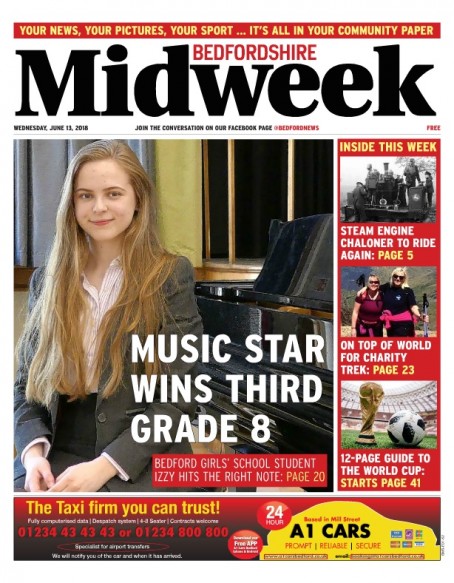 No editorial roles are affected by the closure, but Reach is currently in consultation with an undisclosed number of commercial staff.

The last edition of the free paper will be delivered on Wednesday 27 June.

In a letter published in yesterday’s Midweek, editor-in-chief David Bartlett wrote: “We are sad to announce that your Bedfordshire Midweek community newspaper will close later this month.

“Last autumn we had to close Bedfordshire On Sunday and launched this community paper in its stead.

“We had hoped that by dramatically reducing our costs that we could continue to provide a free weekly newspaper to Bedfordshire. However, the long term decline in print advertising has not only continued – it’s accelerated.

“Despite the fact Bedfordshire Midweek quickly gained a place in the hearts of loyal readers, the financial position of the newspaper is no longer viable.”

David added: “I’d like to thank our advertisers that helped us continue with the paper after we replaced Bedfordshire on Sunday with the Midweek. We will continue to provide online advertising solutions to our customers through bespoke campaigns.

“I would also like to thank the staff of Bedfordshire Midweek who have worked tirelessly week-in, week-out to produce a brilliant community newspaper.

“Finally I would like to thank you, our readers, and everyone who submitted a story or a picture to the Bedfordshire Midweek – you are what made it such a wonderful community paper.”

At the time of Bedfordshire on Sunday’s closure, outgoing editor Sarah Cox described the decision as “unfathomable”, and later hit out at what she described as “bean counters” in a farewell column.