Weekly hits back after MP brands editor ‘hopeless’ in Commons 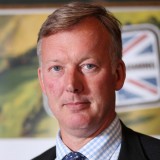 A Tory MP has hit out at a weekly newspaper in Parliament after the press watchdog rejected his complaint against the title.

As reported by HTFP earlier this week, the Independent Press Standards Organisation threw out a complaint by Bill Wiggin, left, about a Hereford Times story on his links to an offshore financial company.

Now Mr Wiggin, Tory MP for North Herefordshire, has used a House of Commons debate to criticise IPSO over the decision, as well as Times editor John Wilson and the paper’s publisher Newsquest.

Speaking during a debate on the Data Protection Bill, Mr Wiggin described John as being “hopeless” and accused IPSO of being a “press protector, not a press regulator”.

But the Times, which carried the story after examining the publicly available Register of Members’ Financial Interests. has hit back at Mr Wiggin’s attempt to “belittle” John, saying it is “dismayed” that he chose to attack IPSO because the decision “did not go his way”.

And John himself has described the MP’s comment as “petulant, unnecessarily personal and unbecoming.”

In his speech to the House, Mr Wiggin said: “Let me describe the Hereford Times a little bit. It is owned by Newsquest, which is a wholly owned subsidiary of Gannett Company UK, the UK branch of Gannett Company—a US media giant.

“In 2015, Newsquest reported a loss of £24,349,000. Meanwhile, Gannett reported revenues of £2.89 billion and a net income of over £146 million. On 11 August 2017, Chris Morley from the National Union of Journalists described Newsquest as ‘exporting tens of millions of pounds profit to its US masters’.

“In October 2016, the NUJ said, after its pay survey, that Newsquest was one of the stingiest employers, despite Gannett paying its top five executives over £15m between them.

“I am pleased to say that I do not believe that John Wilson, the rather hopeless editor of the Hereford Times, was one of them.”

Mr Wiggins was speaking during a debate on the Data Protection Bill, which currently includes a clause inserted by peers which could force newspapers who do not sign-up to a state-approved watchdog to pay both sides’ costs in a libel or privacy action.

Speaking in support of the clause – which the government has vowed to overturn – Mr Wiggin added: “IPSO is a press protector, not a press regulator. MPs can speak ​out against it in the public domain, but normal people have no such voice, so we need this excellent Bill.”

In an editorial published yesterday, the Times responded sayings: “Bill Wiggin has used a debate on the Data Protection Bill to criticise the Hereford Times and its publisher, and belittle its editor, in the House of Commons.

“Their offence, in Mr Wiggin’s eyes, had been to report on his financial interests outside Parliament, which included being managing director of an offshore financial company.”

“What on earth must the voters and local Conservative party officials of North Herefordshire think? We struggle to imagine another instance where a Conservative MP would disparage, simply for doing their job, the leaders of one of Herefordshire’s best-known and longest-established employers on the say-so of a trade union.

“And we are dismayed that a Conservative MP should attack an independent body because its ruling did not go his way.

“For the editor’s part, he is happy to admit that he is paid considerably less than a handful of talented executives successfully steering a large media organisation through challenging times.

“He wishes to add that his salary does not even come close to Mr Wiggin’s taxpayer-funded £76,000 a year. But he does feel immensely privileged to have a job he enjoys, and which he believes contributes in a modest way to the wellbeing of the Herefordshire community.”

John told HTFP: “Mr Wiggin was, of course, as free as anyone to complain to IPSO. But his subsequent comments disparaging me and my employer in the House of Commons when the ruling didn’t go his way were petulant, unnecessarily personal and unbecoming of an MP.”