An independent weekly successfully fought a police bid to keep secret the identity of an officer charged with drink-driving.

The Barnsley Chronicle challenged a bid by South Yorkshire Police to prevent the newspaper from naming PC Nichola Garbett, who has pleaded not guilty to a single charge of driving while unfit through drink.

Garbett, who has been with the force for 16 years, appeared at Leeds Magistrates Court earlier this month.

The court heard that she was arrested at Barnsley Police Station after driving to work on 3 July this year, and the case was adjourned with a trial date set for 18 January. 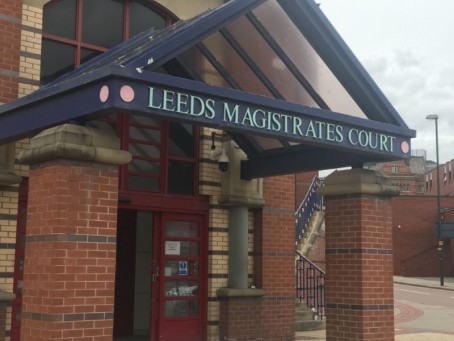 She argued that Garbett was well known in her community, to those on both “the right and the wrong sides of the law” and that by publishing her name and address in the paper there was a risk of it becoming known to the “criminal fraternity”.

It was also argued that as a result of details being published, justice could be prejudiced by people speaking to Garbett about the case.

In response, Chronicle reporter Mike Cotton was asked to address District Judge Adrian Lower after presenting him with a letter from editor Andrew Harrod opposing the restrictions.

In his letter, Andrew said such restrictions would be “inappropriate, unfair, and contrary to the principle of open justice”.

“It would be totally at odds with the principles of open justice if this officer was granted anonymity not available to the overwhelming majority of those who find themselves before the court – some of them put there by this officer. It will be the public’s perception that avoidance of embarrassment for the officer and the force is a reason behind the restrictions.

“This officer will be accustomed to seeing the names of people brought before the court in our newspaper. She herself has been named in our newspaper in connection to her work in at least 16 separate articles since 2012 alone.

“Granting anonymity in this case risks undermining the public’s faith in South Yorkshire Police, this court, and the justice system as a whole and we hope you agree that reporting this case fully is in the public interest.”

Judge Lower agreed with the Chronicle that it was in the public interest to disclose the defendant’s name and her occupation, but instructed that the press must not disclose her precise address.

However the paper was able to report that she lives in the town of Penistone, near Barnsley.

Judge Lower told the court: “The real public interest is the fact that a serving police officer is accused of a criminal offence. There is a principle that justice is done publicly in this country, and it must be open justice. It is not justice done behind closed doors.”

“I appreciate it is embarrassing for Miss Garbett but that is, as far as I am concerned, as far as it goes. Miss Goldsmith mentions that there is a risk to her if her details are published and a substantial risk of justice being prejudiced, I simply do not see any evidence for that contention other than pure assertion. Many people are accused of criminal offences, many people are no doubt very embarrassed that their details find their way into the papers as a result.

“One can think of some very recent, very famous examples of that. But that sort of situation does not entitle me to exercise my powers under section 11, or going forward section 4 of the Contempt of Court Act, to prevent the press doing its job, which is to report fairly, openly and honestly about ongoing court proceedings.

“If Mr Cotton on behalf of his editor Mr Harrod is prepared only to publish Miss Garbett’s name and that she is a serving police officer in Barnsley and Penistone, then I cannot see that that would either affect the ability of the court to try the matter fairly, or hold serious risk of prejudice to a fair trial taking place.”

The Chronicle had declined to name Garbett in a story published on the morning of her court appearance, after South Yorkshire Police informed the paper that reporting restrictions were “likely to be imposed”, with Andrew saying he refrained from publishing her details initially to allow the judge to “retain control of whether or not she should be identified”.

A spokesman for South Yorkshire Police said: “PC Garbett is currently suspended from duties on full pay pending the outcome of the criminal proceedings.”