Weekly calls on government to stop rail service from being scrapped

A weekly newspaper is petitioning the government to save high speed rail services used by its readers from being scrapped.

The Kent Messenger is calling on the Department for Transport to retain the services from Maidstone West to London St Pancras.

Under proposals for the new rail franchise covering the route, bidders have been given the option of replacing the peak time service with an alternative service to Abbey Wood railway station, in South-East London, which is set become a terminus of one of London’s Crossrail routes.

Precise journey times have not been outlined at this stage, but the Messenger estimates a it would take commuters around 20 minutes longer to reach Central London if such proposals went ahead. 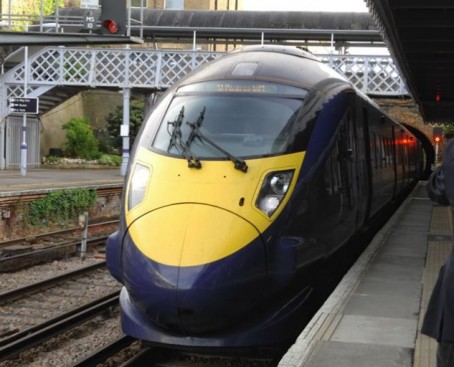 An online petition has now been set up to combat the plans.

Messenger editor Denise Eaton told HTFP: “Maidstone has already been short-changed when it comes to rail services into London and our hard-working commuters deserve better.

“We will do all we can to safeguard the existing high-speed service our commuters receive currently and apply pressure to any new franchisee and the Department for Transport to ensure the service is maintained.

“One of the many reasons people choose to live here is because of the quick and convenient links into London and I doubt anyone would want to add at least another 20 minutes to their journey to and from work.”

A DfT spokesperson said: “The winning bidder must run at least two trains per hour between Maidstone West and London St Pancras – however they are urged to introduce more services, as well as bring in other benefits such as shorter journey times.

“From December 2019, new Thameslink services between Maidstone East and Cambridge will also provide an extra two trains per hour in each direction all day.”