Journalists at two weeklies are set to relocate to the office of a sister title 30 miles away – with three jobs at risk as a result.

Trinity Mirror plans to close its Hertford office, where the Hertfordshire Mercury and Herts and Essex Observer are based, and transfer staff to the headquarters of Essex Live, in Chelmsford.

Staff were told of the move last Thursday, on the same day the regional publisher announced it plans shed up to 49 jobs as part of the next phase of its rollout of a new newsroom model – bringing the total number of redundancies set to be made as a result of the nationwide restructure to almost 100.

The Chelsmford newsroom is among those switching to TM’s new ‘Live’ model whereby digital teams are made independent from the print teams. 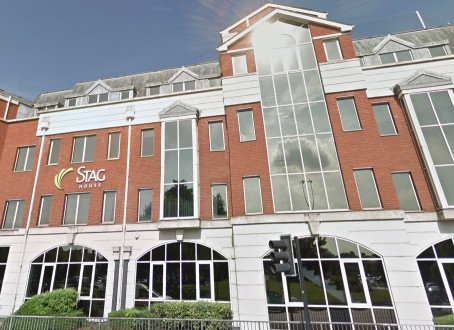 Stag House, Hertford, where the two titles are currently based

An announcement to affected staff states: “In order to continue the impressive audience growth of Essex Live and to future-proof our important print products, it is proposed to merge the Essex Live and Herts newsrooms.

“The Herts newsroom will close and journalists transferred to the Essex Live newsroom based in Chelmsford. The new, joint newsroom, led by brands editor Alan Woods, will adopt the Live principles successfully piloted in Birmingham.

“This means the newsroom will be split into digital and print teams. Trainee journalists will rotate between both teams to ensure a first-class grounding in all media.”

It is understood that three editorial roles in Hertford including a trainee reporter position are at risk of redundancy as a result of the changes although TM has not confirmed this.

Herts & Essex Observer journalists were formerly based in Bishop’s Stortford, but moved to Hertford when their office was closed in 2016.

Last year TM announced closure of dedicated websites for the Observer and Harlow Star, with content appearing on its Hertfordshire Mercury and Essex Live sites instead.