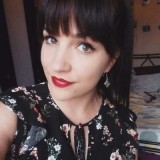 The chief reporter of two sister weeklies has left her job for a new council public relations role.

Lorna Morris, left, has set farewell to the Bromsgrove Standard and Droitwich Standard as she takes on a new challenge as marketing and communications officer at Malvern Hills and Wychavon District Council.

Lorna spent a year in Australia, where she worked on Canberra-based magazine CityNews, before joining the Standard’s sister weekly the Worcester Observer in 2015.  She took on the chief reporter role the following year.

Following Lorna’s departure, the Standards have taken on Harry Leach as a reporter.

Said Lorna: “During my time at Bullivant Media I have met so many amazing people and have learned so much.

“I am thankful to have been given many opportunities, including the chance to visit Auschwitz with the Holocaust Education Trust and to have interviewed such people as the Archbishop of Canterbury and the Countess of Wessex.

“I have also worked with the police on drugs raids across Droitwich and Redditch and have reported on high profile court cases.

“All of these experiences have been so valuable to me and have helped me grow in confidence. I wish Harry luck in the role, I am sure he will fit right in and do a great job.”

Like Lorna, Harry gained his National Council for the Training of Journalists qualifications at City of Wolverhampton College.

Harry, 25, said: “I worked at the Standard during my course and really enjoyed my time here. It’s great to be joining the team full-time and I’m looking forward to getting out and about and taking on all the opportunities that come up.”