Victory for regional daily in campaign to save landmark store

A regional daily is celebrating victory in its campaign to save a landmark department store on its patch from closure.

Beatties in Wolverhampton, had been earmarked for closure as part of a rescue plan drawn up by bosses of its previous owners House of Fraser, which involved shutting 59 of its outlets across the UK.

But Wolverhampton daily the Express & Star launched a campaign to save the store and today it was confirmed that HoF’s new owner, Sports Direct boss Mike Ashley, is keeping it open.

Announcing the move, the company thanked the thousands of readers who backed the paper’s call for the store to remain open. 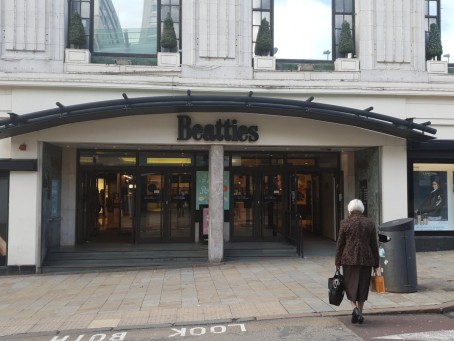 Editor Keith Harrison said: “This is great news for our city and our thanks go to Mike Ashley for taking the time to go through the dossier we sent him, urging him to keep this landmark store open.

“It contained readers’ memories, photographs, letters from local celebrities, civic leaders and MPs, as well as background material explaining what makes Beatties so important to the heart of Wolverhampton.

“Thousands of readers also took part in an online poll, calling for the store to remain open, and many downloaded our ‘We’re Backing Beatties’ posters, which popped up all over the city.

“It was a magnificent response from our readers and we’re delighted for the staff, customers and the entire city that the store is staying open. It’s another sign of confidence in Wolverhampton and our thanks go to everyone who supported the campaign.

A spokesperson for House of Fraser said: “As you know, Beatties had been earmarked for closure under the previous owners.

“However, we are pleased to confirm that we have now agreed new terms with the landlord in order to keep the store open. We would like to thank Express & Star readers for their support, along with all others who have campaigned to save the store.”