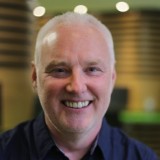 A university’s journalism department is set to lead a major new international study into press regulation and ethics.

The University of Sheffield’s Department of Journalism Studies has announced the launch of the project, which will cover 13 different European countries.

The university says the Arts and Humanities Research Council-funded project will “break new ground” in comparing the practices of the UK press and its regulators with the 12 countries that lead the World Press Freedom rankings.

Dr John Steel, pictured, is leading the project with colleagues from Sheffield, as well as others from the University of Leeds and Durham University.

He said: “Our interdisciplinary project seeks to address long-standing issues around journalism ethics and regulation and their consequences for those working in journalism as well as those who are affected by journalism’s practices and products.

“As news workers – traditional and non-traditional – face a range of technological, legal and economic challenges, I am delighted to be leading this AHRC-funded project which will produce high-impact, evidence-based research that will benefit academic and non-academic partners in the UK and overseas.”

It is hoped the project’s findings of best practice can be used to inform the workings of press regulation in the UK, setting more comprehensive standards for the media to support news publishers in achieving a new status and profile.

The countries which will be studied are Austria, Belgium, Denmark, Finland, France, Germany, the Republic of Ireland, Netherlands, Norway, Slovakia, Sweden, Switzerland and the UK.