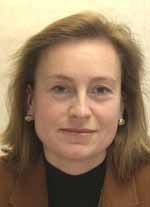 Two regional press industry representatives have been appointed to a panel which which will carry out a government review into the “sustainability” of Britain’s printed press.

The review will look into funding models to ensure the continuation of high-quality national and regional journalism, and will examine different business models for quality journalism as well as analysing how the supply chain for digital advertising operates.

Former economic journalist Dame Frances Cairncross has been appointed to chair the panel, which was unveiled today.

Meanwhile the National Union of Journalists has called for Culture Minister Matt Hancock to ensure the views of grassroots journalists are also “heard loud and clear” during the inquiry.

Michelle Stanistreet, NUJ general secretary, said: “When the government announced its external review to examine the sustainability of the UK’s press, the NUJ welcomed it. Today the Culture Secretary announced the review is to be headed by Dame Frances Cairncross and has named the panel.

“None of those named represent journalists on the ground who can explain exactly the effect of the present troubles in the industry are having on their ability to produce quality journalism and connect with their communities. We hope Matt Hancock can ensure that the journalist’s voice is heard during the process.”

Culture Secretary Matt Hancock said: “Although the internet has been an immense force for good, it has torn apart the established order and raised real questions about the sustainability and profitability of traditional journalism.

“Dame Frances Cairncross will bring her experience in journalism and academia to tackle these issues with a view to examine the press and protect the future of high quality journalism.”