A former regional daily editor who also founded an overseas English language newspaper, as well as a business magazine, has died aged 79.

Tributes have been paid to Brian Nicholls, who served as assistant editor, and later associate editor, on Newcastle-based daily The Journal.

Earlier in his career, Brian had edited the Darlington-based Evening Despatch, where he oversaw its transformation from a broadsheet to a tabloid, and also worked under Sir Harry Evans at the Northern Echo.

He also spent 12 years in the Middle East, where he set up and edited the English language daily Gulf Times, in Qatar. 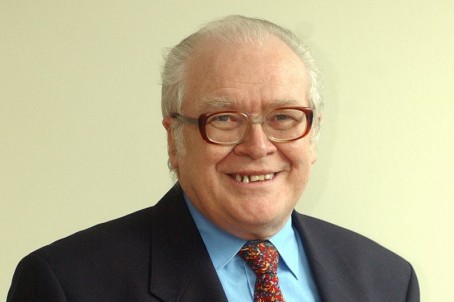 After retiring from the Journal in 2003 after 13 years in Newcastle, Brian, pictured, went on to found regional business magazine BQ.

Brian who recently celebrated 55 years of marriage to wife Dorothy, died after a short illness. He is survived by Dorothy and their two children, Andrea and Julian.

Former Journal editor Brian Aitken said: “Brian was a gentleman, liked and admired by all who met him. He was also a fantastic, knowledgeable, journalist. I think the only word he didn’t know the meaning of was retirement.”

Paul Robertson, former editor of The Journal’s sister daily The Chronicle, added: “Brian was always smiling, extremely helpful and a great business journalist. I was honoured to have worked with him at The Journal and BQ.”

Born in Berkshire, but raised in Glasgow, Brian’s career began aged 15 when he used a column he was writing for a national sports magazine to get a job as a copy boy on one of the three evening newspapers that then served Glasgow.

As well as his main job, he wrote sports reports, a jazz column and theatre reviews until he cornered a place on the sports desk, tipping racehorses.

After a spell on the sports desk on the Daily Record he took his first job in Newcastle , working as a reporter and sub-editor on The Journal and the Sunday Sun, before joining the Daily and Sunday Express newspapers in Manchester, sub editing and picture desking.

He then moved to London, working for The Sun’s forerunner the Daily Herald and the Sunday Citizen, before returning to the North East to co-found a freelance news agency in Whitley Bay .

He joined the Northern Echo in 1964, where then-editor Harold Evans encouraged him to apply for a travelling fellowship awarded to British journalists by the Commonwealth Press Union – leading to extensive media consultancies in India and Pakistan for the Thomson Foundation and the Press Institute of India.

Brian rose to be chief assistant editor with the Echo, before taking the editor’s chair at its sister daily the Evening Despatch.

After retirement, he continued to contribute to The Journal and helped to run its North East Top 200 and NorthEast Business Executive of the Year schemes, as well as working as a visiting lecturer in journalism at various colleges.

He has been North East Business Writer of the Year, and took the journalism prize at the North East Alternative Business Awards last year.