A journalism trainer has urged newsroom managers to do more to support staff being abused by readers online in the wake of the mass shooting at a local newspaper in America.

University of Gloucestershire lecturer Paul Wiltshire has called for journalists to be better defended when they are the victims of social media abuse because of their work.

The suspect is believed to have targeted the Capital Gazette because of its coverage of a court case he was previously involved in. Colleagues of the dead journalists still managed to produce an edition for the following day. 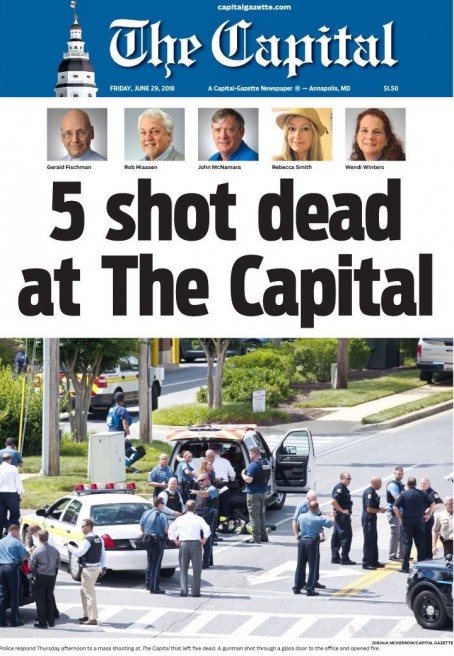 Writing on his personal blog, Paul said: “The man arrested for the Maryland atrocity seemed to have targeted the Capital Gazette because of its coverage of a court case he was involved in.

“That sort of resentment is the kind that anyone who has sat on the press bench of a court will have experienced.

He also highlighted abuse he had received for defending Leeds Live court reporter Stephanie Finnegan, who herself received rape threats online after reporting on the sentencing of far-right activist Stephen Yaxley-Lennon, aka ‘Tommy Robinson’, for contempt of court.

He wrote: “The fact that – across the world – 110 journalists have been killed in the last 18 months is one that can perhaps be easily dismissed. And yet, there won’t be a single journalist in this country who hasn’t been subjected to online abuse of one kind or another.”

“The relative free-for-all of the comments sections on most news websites and the still underpoliced world of social media has enabled 24/7, arms-length, largely anonymous, abuse of journalists to flourish.”

“As social media firms, lawmakers and law enforcers struggle to keep up – nationally and internationally – what can we do? There’s no doubt that managers need to be more proactive in supporting their staff.”