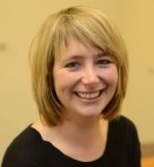 A journalism trainer has hit out at “clickbait tabloids” after national newspapers wrongly claimed her colleagues had been banned from using capital letters in communications with students.

Rebecca Whittington, left, criticised newspapers including the Daily Mail, Daily Express and Metro after they reported Leeds Trinity University had banned words being written in all capitals for fear it might “scare [students] into failure.”

The initial story broke when a memo sent to staff at Leeds Trinity’s journalism department, suggesting that “capping up entire words or phrases could have negative effects,” was leaked.

In its report on the memo, the Express reported that some had attacked the move as “more academic mollycoddling of the snowflake generation.”

A statement issued by the university’s vice-chancellor Professor Margaret House has since clarified the advice was meant to bring about “good communication and consistent style.”

And Rebecca, former head of news at the Yorkshire Post and Yorkshire Evening Post, has now accused the nationals of “bandying about a misconception” in a blog about the coverage.

She wrote: “While the ‘story’ has been recognised as a non-story by other members of the industry (because they have seen the original memo which simply advises lecturers to explain assessments in a clear way which every student will benefit from) some kind of Brexit-fatigue perhaps appears to be fanning the flames of a tale, which if interrogated would fall flat on its backside.

“Our students are not ‘snowflakes’ – that’s a derogatory term which shuts conversation down and fails to give credit or respect to the voices of young people. It’s a bullish label which belongs in the playground and minimises reasoned debate.

“Our students are bright, intelligent, interesting people who know a hack from a handsaw. While flimsy journalism might manage to get some sparks out of these already dying embers, they crack on with the real job at hand; getting a degree and making the most of every exciting opportunity given to them.

“And now they have had one of the best training experiences yet; knowing when a story is a non-story and knowing it will be tomorrow’s fish and chip wrappers – if you can still make such a thing from clickbait tabloids and their ilk.”

In her statement, Prof House said: “At Leeds Trinity University we support our students to be the very best they can be. We’re proud to offer a personal and inclusive university experience that gives every student the support to realise their potential.

“We follow national best practice teaching guidelines and the memo cited in the press is guidance from a course leader to academic staff, sharing best practice from the latest teaching research to inform their teaching.

“For every assignment academic staff have an ‘unpacking’ session with students so the students are clear on what is expected. The majority of universities do this.

“It is also about good communication and consistent style. For example, it is best practice not to write in all capital letters regardless of the sector.”