A council which urged police to probe a weekly newspaper group over a series of leaks has apologised after wrongly claiming reporters had revealed their sources to investigating officers.

Isle of Man Newspapers revealed in January that two extraordinary general meetings had been held to discuss the position of Alastair Hamilton, clerk to the Port St Mary’s Commissioners, a local authority on the island.

But the authority has now apologised for the claim after the papers’ editor, Richard Butt, accused them of peddling “fake news.” 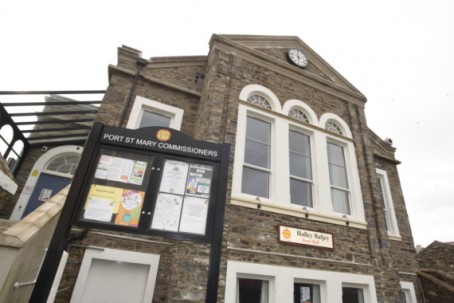 Editor Richard Butt wrote to the commissioners urging them to set the record straight, with IOM Newspapers running a story about this under the headline ‘Fake news: Our editor tells town hall to get facts right’.

In his letter to board chair Dr Michelle Haywood, Richard wrote: “At the public meeting, ratepayers were given misinformation about the leak to the press of details relating to two extraordinary general meetings held to discuss the position of the clerk. At the public meeting – which we attended – commissioners claimed that the reporter told police that two commissioners were the source of the press report.

“This is incorrect. Constable Stephen Gorry contacted our reporter, Adrian Darbyshire, by email on the evening of Saturday 24 February to arrange a time to discuss the matter.

“Adrian spoke to PC Gorry on the Monday morning and informed him that Isle of Man Newspapers does not reveal the sources of its stories.’

He added: “The same reporter told commissioner Alec Merchant in a private discussion on the street in Port St Mary that he did not know the source of the story as it was written by a colleague – and that he had told the police we don’t reveal our sources.

“His colleague Melanie Wright has similarly not revealed her sources to anyone. We would like the record to be set straight.”

In a response to Richard’s letter, which has been seen by HTFP, Dr Haywood wrote: “The board would like to state that they collectively recognise that Isle of Man Newspapers do not and did not divulge their sources.

“The board apologise for any impression which may have otherwise been created at the public meeting and it was not the intent of the board to do so.”

Richard told HTFP: “We are glad the record has been set straight. We were concerned that members of the public who attended that meeting at the town hall may have left with the impression that our reporters reveal their sources.

“Clearly, this is not the case and as a matter of principle we felt it was important to raise this with the local authority.”