What next for JP? CEO expects bids for prize assets – but top shareholder stays tight-lipped 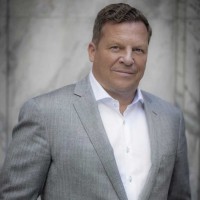 The chief executive of Johnston Press has said that he expects to receive separate bids for some of the company’s prize assets even though its board would prefer to sell it in one piece.

The publisher of more than 200 local and regional titles, plus national daily the i, announced yesterday that it was putting itself up for sale after failing to put in place a deal to refinance its £220m debt pile.

JP’s board has made clear that its ideal outcome would to find a buyer for the whole company, which employs 2,141 staff across the UK.

But according to a report in the Irish Times. chief executive David King says he expects some bidders will move to break up the business.

He said: “There is a very strong likelihood that some people will attempt to bid for particular assets they have a particular interest in.

“We will obviously take that on board, consider those things.”

City analysts have valued the i at around £60m on the basis that it is on course to generate profits of around £12m this year.

It is also possible that some of the group’s major regional titles could attract separate offers from other publishers, although no bids are believed to be imminent.

Meanwhile the biggest shareholder in Johnston Press says he is “not surprised” by the company’s decision to put itself up for sale – but is staying tight-lipped on his next move.

Christen Ager-Hanssen, pictured, reiterated his criticisms of the regional publisher’s board following yesterday’s announcement, claiming they had been guilty of “running the company down the drain”.

However, when quizzed on what his strategy would be, Christen said he was not allowed to discuss it at this stage.

He previously said in March he was planning to adopt a “wait and see” strategy, instead of launching a planned boardroom coup which would have seen ex-Local World boss Steve Auckland become chief executive.

Reacting to Thursday’s announcement, Christen told HTFP: “I’m not surprised. This board hasn’t done anything to contribute any value to the company. It’s a self-fulfilling prophecy.

“They’ve been running the company down the drain, that’s why we wanted to remove them.”

Asked by HTFP on what his mext move would be following yesterday’s announcement, Christen said: “Because I’m the biggest shareholder I’m not allowed to talk about my strategy.

Christen, whose Custos Group investment vehicle owns more than 20pc of JP, wrote to the company’s board in July over what he called “speculation among investors” about its future, claiming directors may be planning to place JP into administration.

At the time of Christen’s letter, the board said in a statement that it had not received “any plan or proposal from any party for a refinancing or restructuring” of its £220m debt.