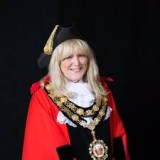 A weekly newspaper has become the third regional press title in recent weeks to find itself in trouble over a story involving a former mayor.

The Independent Press Standards Organisation has upheld a complaint from Lisa Blakemore, the former mayor of Richmond upon Thames, against the Richmond and Twickenham Times after it inaccurately claimed she had been “ousted” in an election in May this year.

Ms Blakemore, pictured, had actually decided not to run in the election and, despite the Times admitting the error, IPSO found it constituted a “significant inaccuracy”.

Earlier this month HTFP reported how Hemel Today, the website of the Hemel Hempstead Gazette & Express, had said sorry to Gillian Chapman, a former mayor of Dacorum Borough Council, in Hertfordshire, after it mistakenly identified her as a woman who had died.

And last week IPSO upheld a complaint by former Carterton mayor Lynn Little against the Oxford Mail, after the daily wrongly claimed she had been “forced” to hand over her ceremonial chains in an online article about her stepping down from the role.

Complaining to IPSO under Clause 1 (Accuracy) of the Editors’ Code of Practice, Ms Blakemore said the use of the word “ousted” had inaccurately implied that she had stood for election in May 2018, and had lost.

She expressed concern that this inaccuracy had occurred, despite the fact that the names of the candidates had been publicly available, and the election results had set out the names of those who stood in every Ward, and the votes each person had received.

The Times accepted it was inaccurate to report Ms Blakemore had been “ousted”, but added the article was a positive report of her final event before handing over her chain of office, which made reference to her chosen charities.

After receiving a complaint directly from Ms Blakemore, the Times had removed the term “ousted” from the online version article and published a correction at the earliest opportunity.

IPSO found the claim that Ms Blakemore had been “ousted” in the election was a significant inaccuracy because it had suggested that her mayoral position had not come to an end by choice, but rather following a majority vote against her.