Two sister dailies are bidding to get a permanent memorial to the “greatest ever” footballer to ply his trade on their patch.

Carlisle-born Beattie, who played 296 times for Town and nine times for his country, died of a suspected heart attack on Sunday 16 September aged 64.

After his playing career he worked for BBC Radio Suffolk, carrying out his last shift for them on the day before his death. 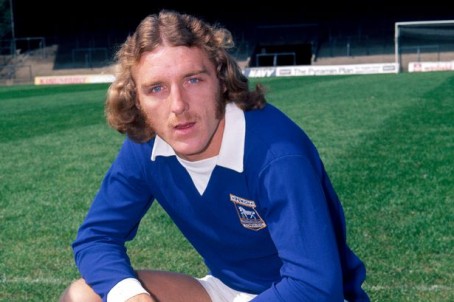 Brad Jones, who edits both of the Archant dailies, said: “There is little dispute that Kevin Beattie is Town’s greatest ever player.

“I think it would be a fitting tribute to the great man to have a lasting memorial in his honour, and we’re opening discussions with a number of organisations to try to make it happen.”

Mark Ramsay, chairman of the Official Ipswich Town Supporters’ Club, told the Star: “We would be behind it, although a lot of work needs to be done behind the scenes.

“The location needs to be discussed as well.”