Shortlist unveiled after record number of entries to journalism awards

Sixty finalists are set to compete for 15 awards when one English county gathers to honour its best journalists.

The shortlist has been announced for the Kent Press & Broadcast Awards, which are now in their fourth year.

The scheme, run by Kent PR and marketing agency Maxim, received a record 148 entries this year.

The winners will be unveiled at a ceremony to be held at Kent County Cricket Club’s St Lawrence Ground, in Canterbury, on Friday 13 July. 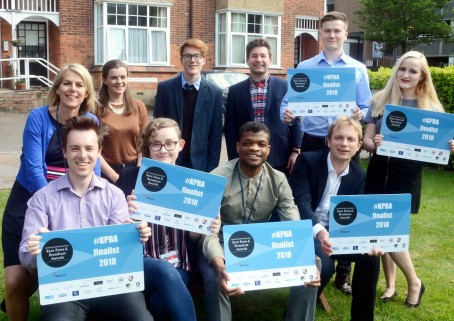 A selection of this year’s KPBA nominees

Maxim’s Rachel Knight said: “The judges take their role very seriously and spend a long time reviewing all the entries and then deliberating over the results.

“The language was worse this year which means they are the most passionate panel yet.”