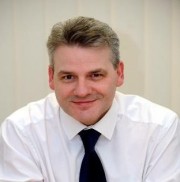 A regional daily editor is stepping down from his role after 10 years in the latest senior editorial departure from regional publisher Newsquest.

Ian Savage, group editor of Newsquest Lancashire and editor of his hometown paper The Bolton News will leave his role once a successor has been appointed.

As well as editing the News, Ian helped launch the weekly Oldham Times last year after the town’s daily paper folded and also oversees the Bury Times Group, the Westmorland Gazette and the Messenger titles.

Ian, pictured, also edited the Lancashire Telegraph in the two-year interregnum between the departure of Kevin Young in July 2015 and the appointment of Steven Thompson in July last year.

He becomes the latest in a succession of senior daily editors to leave the Newsquest group.

He was appointed editor of the Bury Times group in 2005 and then editor-in-chief of The Bolton News in January 2008.

Ian said: “It has been a privilege to edit my home town newspaper, the title I grew up reading. To be at the helm in 2017 which was the 150th anniversary of The Bolton News was a very proud time.

“I have been honoured to work with many talented and dedicated staff over the years in what has been a challenging and rewarding career.

“Launching The Oldham Times within three weeks of the sad closure of the Chronicle was tough but the positive response from the community has been amazing and I am proud that we have produced such a high quality newspaper and website in the title’s first six months.

“I will be sad to leave the role that has meant so much to me but I am looking forward to new opportunities. I am delighted to still be involved with The Bolton News and Newsquest going forward.”

“He will remain in position until such time a new editor has been appointed for the Bolton business. He will retain some future involvement in the North West, providing valuable experience and editorial support.

“I would like to personally thank Ian for all his hard work and commitment and I look forward to continuing our working relationship.

“The search for a new editor for the Bolton editorial team will begin.”