A rugby club has lifted a ban on news reporters attending its press conferences – but then refused to answer a question from one of the journalists affected.

News reporters were barred by Ulster Rugby after apparently asking too many questions about the sacking of players Paddy Jackson and Stuart Olding, who were acquitted of rape following a high-profile trial.

Ulster said the conduct of news journalists at the first press conference after the acquittal “negatively impacted” the event, and the ban was subsequently branded “unacceptable” by the National Union of Journalists’ Irish secretary, Seamus Dooley.

The ban was lifted this week, allowing journalists from organisations including the Belfast Telegraph and the Press Association to attend a press conference held yesterday, ahead of the club’s match against Swansea-based team Ospreys on Saturday. 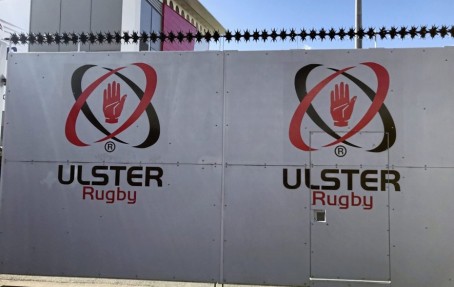 But, according to the Bel Tel, those admitted were “effectively gagged” after the newspaper was told its questions on press exclusion were “not at all relevant”.

When the Bel Tel asked Ulster head coach Gibbes why Ulster Rugby had decided to re-admit news reporters yesterday, and whether it regretted the ban, he repeatedly turned to the club’s senior communications officer Richard Finlay.

Mr Finlay said the question was “not at all relevant to this weekend’s game” and that he would be “happy to speak” to the reporter afterwards.

He later declared that he would respond via email.

Ciaran O Maolain, secretary of the Belfast and District branch of the NUJ, told the Bel Tel: “[Ulster] haven’t really gone far enough to repair the damage done to relations with our profession.

“The NUJ was deeply unhappy with the allegation that news journalists were behaving ‘unprofessionally’ when they were doing their jobs legitimately, and we hope the ongoing dialogue with Ulster Rugby will result in more appropriate and respectful treatment of media representatives. We hope to get the situation resolved by the end of the month.”

In a statement issued yesterday, Ulster Rugby said: “We can confirm that all accreditation requests for today’s match briefing were facilitated, in line with tournament guidelines.”