Thousands have signed a petition after northern newspapers came together in a series of front-page calls to end the rail “chaos” which has hit their patches.

In what one title described as “an unprecedented show of unity,” more than 20 regional papers across the North of England urged Theresa May to act on the problems caused by hundreds of Northern Rail services being delayed or cancelled in recent days.

Last week the Yorkshire Post renewed calls Transport Secretary Chris Grayling to resign over the “contempt” he has shown for its patch over the problems.

Post editor James Mitchinson has co-ordinated the campaign – which has seen rival titles from publishers including Johnston Press, Newsquest and Reach all splashing on the issue. 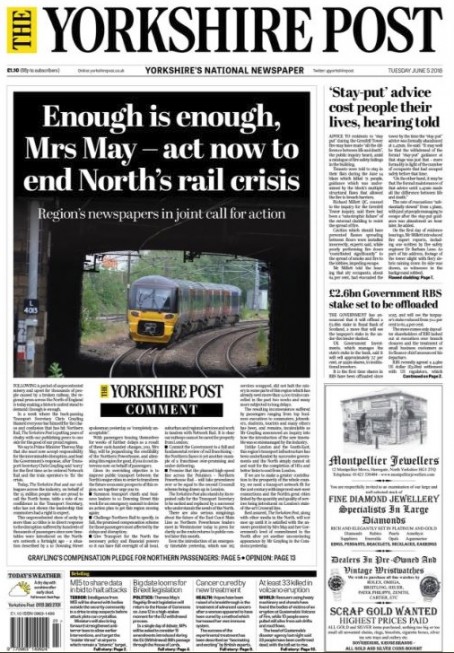 As of this morning, more than 8,500 people had signed a petition set up by the papers calling for action.

A front page editorial in the Post read: “Today, The Yorkshire Post and our colleagues across the industry, on behalf of the 15 million people who are proud to call the North home, table a vote of no confidence in the Transport Secretary who has not shown the leadership that commuters had a right to expect.

“This unprecedented show of unity by over 20 titles is in direct response to the disruption suffered by hundreds of thousands of passengers since new timetables were introduced on the Northern network a fortnight ago – a situation described by a 10 Downing Street spokesman yesterday as ‘completely unacceptable’.

“With passengers bracing themselves for weeks of further delays as a result of these cack-handed changes, you, Mrs May, will be jeopardising the credibility of the Northern Powerhouse, and alienating this region for good, if you do not intervene now on behalf of passengers.”

It adds: “Rest assured, The Yorkshire Post, along with other media in the North, will not ease up until it is satisfied with the answers provided by Mrs May and her Government’s level of commitment to the North after yet another unconvincing appearance by Mr Grayling in the Commons yesterday.” 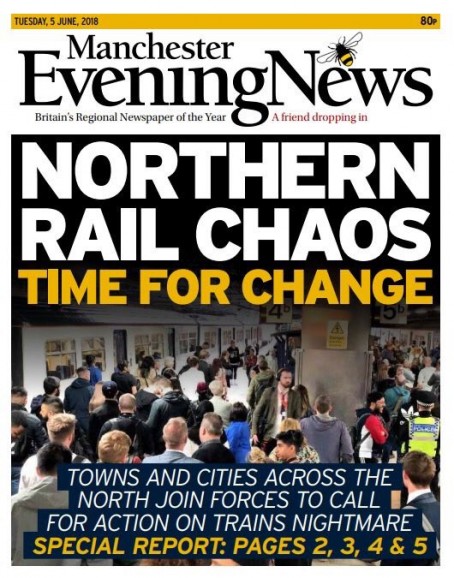 Darren Thwaites, editor in chief of the Reach-owned Manchester Evening News, said: “The treatment of commuters in the North has been utterly disgraceful. There’s a strong feeling the government isn’t taking the crisis seriously enough because they’re stuck in a London bubble.

“This campaign is a Northern fightback, leveraging the power of towns and cities across the North. It’s a demand not only to end the current fiasco but to have a much fairer transport funding model to enable the region to drive jobs and prosperity.”

Nigel Burton, editor of Newsquest’s Bradford Telegraph & Argus added: “Bradford is already poorly served by the rail network and the chaos of the past few weeks has just rubbed salt into the wounds of commuters.

“Spending per head on transport projects is already pathetically low. At just £844 per person, Yorkshire has the lowest level of transport funding in England.  On behalf of all our readers we are saying this lamentable service isn’t good enough.” 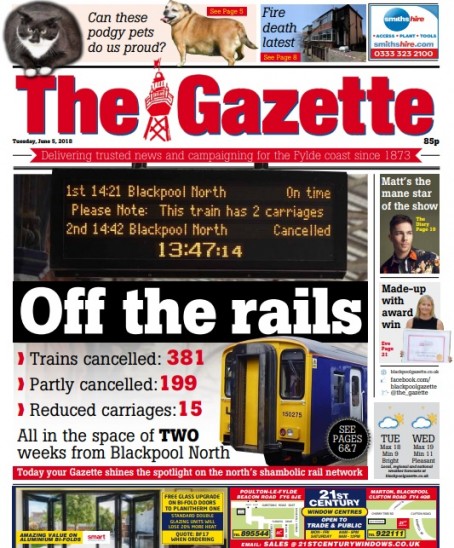