Review of the Year: Famous names pass into newspaper history

Anyone old enough to remember Thomson Regional Newspapers, Westminster Press and United Newspapers will know that, in the UK regional newspaper industry, nothing stays the same for very long.

But even by industry standards, 2018 saw some unusually rapid corporate turnover, with Trinity Mirror, Johnston Press and the CN Group among the historic names which passed into regional newspaper history over the course of the year.

The first rebranded as Reach, the second re-emerged as JPI Media after a brief period in administration, and the third became the latest medium-sized regional publisher to be swallowed up by Newsquest.

And alongside the disappearance of those famous old publishing names, 2018 also saw some of the most renowned editors in the business moving on to pastures new. 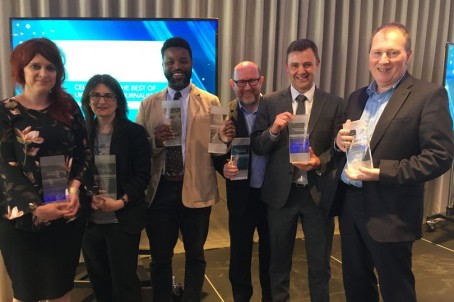 The early part of the year was dominated by two contrasting stories – the recruitment of up to 150 new local democracy reporters as part of a new partnership with the BBC to provide coverage of councils and other public bodies – allied to some significant job losses as the big publishers continued to restructure.

These included nearly 100 job cuts across the then Trinity Mirror’s regional portfolio as the company rolled out its ‘Live’ website brand and newsroom model, which saw the creation of standalone digital teams.

Inevitably, it led to accusations that the BBC was effectively subsidising job cuts, although the corporation pointed out that the licence-fee cash for the LDRs was ring-fenced and not released to publishers until newsroom roles were “back filled.”

Whatever the rights and wrongs of that argument, from an editorial point of view the scheme appears to have been a success, with the newly-recruited LDRs filing in excess of 40,000 stories to various news outlets over the course of the year.

Acquisition fever hit the industry in February, with TM buying Richard Desmond’s Daily Express and Daily Star titles for £127m and Newsquest snapping up CN for what we can safely assume was a significantly smaller sum.

The deal made TM – soon to become Reach plc – the second biggest newspaper publisher in the UK behind Rupert Murdoch’s News UK with an estimated 25pc of the daily newspaper market in addition to its stable of regional titles.

For Newsquest, the CN deal represented the latest expansion following the purchase of North Wales publisher NWN Media and the Isle of Wight County Press during 2017.

Although there was doubtless some sadness within the industry at the change of ownership after the company passed through three generations of the Burgess family, most observers recognised that it probably saved CN’s two daily and five weekly titles from potential closure.

But while Newsquest and Reach were in expansionist mode, it was a more difficult year for fellow publishing giant Johnston Press.

The company bade farewell to its chief executive Ashley Highfield in May, then put itself up for sale in November after failing to find a way of refinancing its £220m debts.

Despite attracting a bid of £150m for the whole company and several smaller bids for parts of the business, the company then placed itself in administration before re-emerging as a new business, JPI Media, owned by its previous debt-holders.

While the so-called ‘pre-pack’ sale ensured the survival of all JP’s titles and safefguarded the jobs of all of its current staff, the company’s pension scheme was not taken on by the new owners and responsibility for it is now likely to pass to the government-sponsored Pension Protection Fund.

The government also faced increasing pressure to do more to safeguard the future of an industry still grappling with the wholesale loss of advertising revenue to Google and Facebook.

It set up the Cairncross Review to look at the ‘sustainability’ of the printed press, with many hoping it will come up with a way of rewarding news providers for content shared on social media –  perhaps by means of a tax on the two digital giants.

When Facebook subsequently announced it was partnering with the NCTJ and several leading publishers to help fund 80 new community journalists, some inevitably saw it as a pre-emptive move by the under-fire platform.

But like the LDR scheme before it, the new initiative should at least lead to more journalistic boots on the ground in communities currently seen as “under-reported.”

In terms of the year’s senior editorial moves, Rob Irvine had announced his departure from the Manchester Evening News in the spring after a stellar 12 months which saw its coverage of 2017 Manchester Arena attack garner worldwide plaudits.

Rob had already moved on by the time the MEN was deservedly named Newspaper of the Year at May’s Regional Press Awards, but his successor, Darren Thwaites, generously attributed the paper’s success to his leadership in his acceptance speech.

But perhaps the year’s two biggest departures came at the end of November, with Keith Harrison bowing out as Express & Star editor after five years and Steve Hall leaving his beloved Derby Telegraph after two separate stints in the chair.

Like Rob, both Keith and Steve had led their titles to the Newspaper of the Year award in recent years, and both had consistently proved that smaller newsrooms need not lead to any diminution in editorial quality.

But the fact that two still relatively young editors should choose to leave the regional press on the same day was perhaps symbolic of a generational shift in the leadership of the industry, at least at shopfloor level.

While there are still some senior editors like Alastair Machray and Neil Hodgkinson who made their names in the print era, an increasing number of regional titles are now in the hands of digital natives, those whose careers have spanned the internet age.

And although it should not be forgotten that, for now at least, print continues to provide the bulk of its revenues, this should stand the industry in good stead as it heads inexorably towards the digital future.