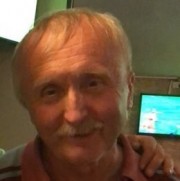 A reporter who freelanced for a regional daily and was known as ‘Mr Football’ on his patch has died aged 60 after a cancer battle.

Tributes have been paid to Dave Hackett, left, following his death earlier this month after being diagnosed with stage four brain cancer in June.

Dave wrote his first football report at the age of just 14 and supplied articles for the Burton Mail and the Burton Trader for many years, as well as writing for other newspapers on occasion.

He was known in football circles across Derbyshire, Staffordshire and Nottingham, having been a founding member of local club TS Sports in 1984, and Northern Premier League club Gresley FC will name its press box the Dave Hackett Media Box in his memory.

James Southern, chairman of Gresley FC Supporters’ Club, said: “Dave Hackett was a true gentleman, a man who I’ve known for 28 years, growing up as a young footballer, Gresley supporter, local referee (I had the pleasure of refereeing many of TS Sports games) and a coach.

“Not one person could ever have a bad word to say about Dave, genuinely, I along with everyone else loved the man and will miss him dearly.”

Dave’s son, Paul, said a memorial page set up in his father’s memory now stood at more than 750 members who had written tributes reflecting on what he had done for them or their children over the years.

“He was so well respected on the local football scene that over the last weekend all over Staffordshire, Derbyshire and even as far out as Nottingham either a minute’s silence or a minute’s applause in honour of my dad was observed, right from under-8s up to the adult games,” he added.