Islanders to get better access to dailies thanks to new scheme

People on remote islands are to get morning access to daily newspapers for the first time in six years thanks to a new initiative.

Dailies will be flown to Benbecula, in the Outer Hebrides, following airline Loganair’s introduction of a new schedule from Glasgow.

The airline is working with the Scottish Newspaper Society distribution committee led by News Scotland to reintroduce the deliveries.

Weekday services leaving Glasgow will depart at 7.15am carrying the island’s supply of newspapers, landing one hour later before being distributed to newsagent and shops throughout Benbecula, as well as neighbouring islands North and South Uist. 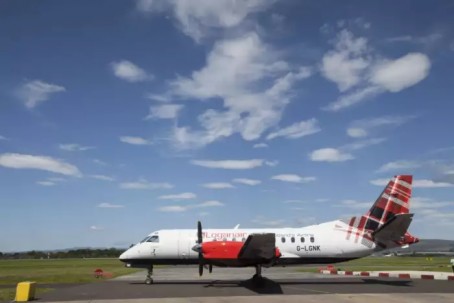 Airline Loganir is involved in the scheme

Papers were previously delivered by ferries, which arrived in the afternoon or early evening.

Scott McCulloch, business development manager at News Scotland, told Glasgow-based daily The Herald: “We’re extremely pleased to once again be able to be able to fly newspapers to the Benbecula, ensuring deliveries reach the island’s retailers by mid-morning.

“Through this partnership with Loganair, we have worked together to create a sustainable distribution channel which will benefit Benbecula’s economy as well as helping its residents to purchase their morning paper earlier.”

The first deliveries will be made on Monday.