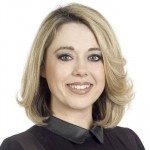 A separate editon of a regional evening news programme covering the East of England is to be launched next week, the BBC has announced.

Until now, Look East has covered a huge region stretching from Norwich to Milton Keynes in the north and Southend to Luton in the south.

Now the BBC has announced it is to be split into two programmes from Monday.

One programme will cover west side of the region, including Cambridgeshire, Northamptonshire, Bedfordshire and parts of Buckinghamshire and Hertfordshire, while the other will cover Norfolk, Suffolk and Essex.

David Holdsworth, Controller, BBC English Regions, said: “We’ve been working for some time to boost coverage on the west side of the BBC East region to match the fast growing population, and we can now offer viewers there a more tailored local edition of their news.

“Viewers in the east of the region will also benefit from a more local programme. We want audiences to get the best out of their BBC and keep striving to deliver the most relevant, important news to them.”

The BBC has boosted staffing in the west of the region to produce the additional programme, including the appointment of a new science correspondent to cover scientific and technological sector in Cambridge, and a new reporter covering Milton Keynes.

Janine Machin, pictured, will front the programme covering the west of the region while Stewart White and Susie Fowler-Watt will present the edition for viewers in Norfolk, Suffolk and Essex.