A regional publisher has celebrated 100 issues of its pro-European Union newspaper which was launched in the wake of the Brexit vote.

At the time, the Norfolk-based publisher said it would initially run for four issues, with subsequent print runs being decided by reader interest.

Two years and 99 issues on, the newspaper – aimed at the 48pc of people who voted to remain in the EU -now has more than 8,000 subscribers. 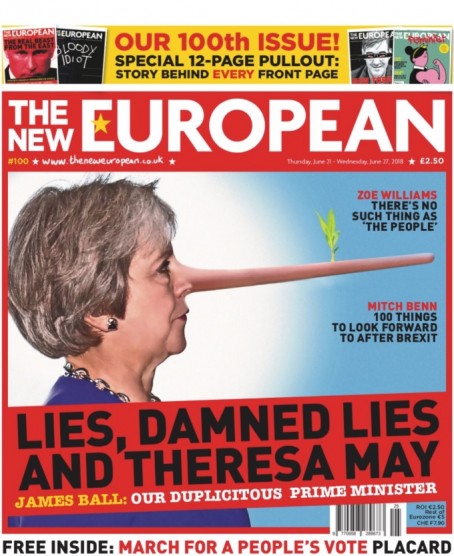 Matt, who edits the paper, told HTFP: “There was much cynicism around when we launched the title. I hope we’ve proved those cynics wrong.

“In its two-year life, The New European has sold more than two million copies at a high price point, has more than 8,000 current subscribers, and has won several major industry awards.

“Archant is very proud of the title. That we could launch and sustain this high quality newspaper in such a fiercely competitive market is a reflection of the ambition and depth of talent across the entire business.”

Its contributors include editor-at-large Alistair Campbell, the former No 10 communications director, who asked to get involved in the project to help stop Brexit.