Regional newspapers have celebrated 70 years of the National Health Service on their front pages today.

A number of daily titles splashed on the anniversary, offering local takes and special reports on the work of the NHS on their patches.

The Swindon Advertiser splashed on its patch’s part in inspiring the founding of the service.

The Great Western Railway medical fund, founded in the town in the 1840s, had provided the blueprint behind Nye Bevan’s plan for the NHS. 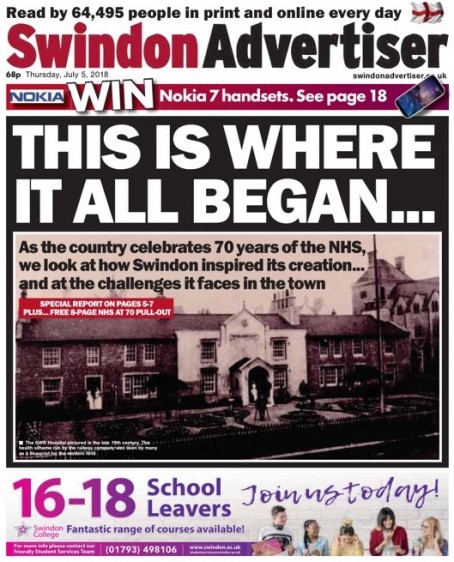 Blackpool daily The Gazette’s front page featured a giant ’70’ containing photos of people whose lived had been helped, or even saved by the service. 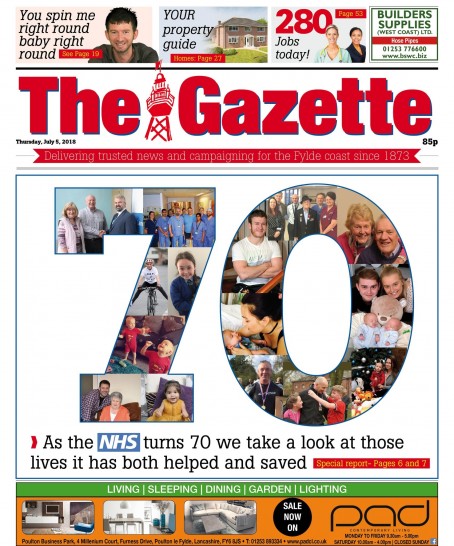 Its Johnston Press sisster daily the Edinburgh Evening News opted with a ‘thank you’ to NHS staff, featuring headshots of dozens of healthcare workers. 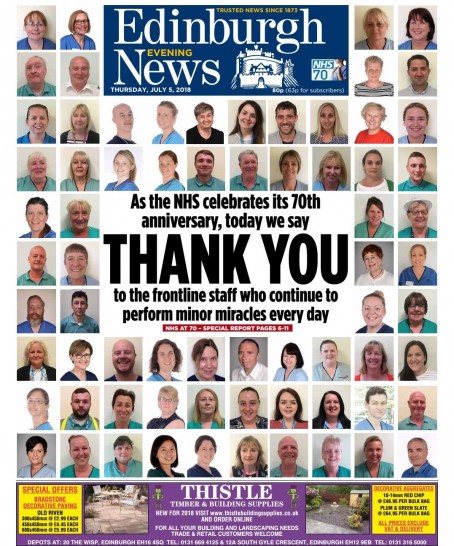 The theme of ‘thank you’ also featured on the Hartlepool Mail’s front page, as well as that of the Oxford Mail. 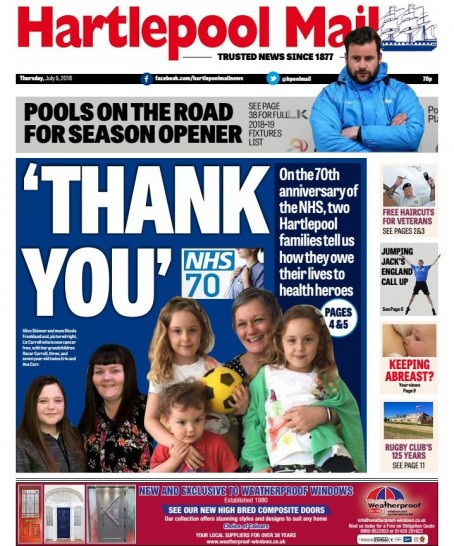 The Oxford Mail also ran a 32-page souvenir inside on the anniversary. 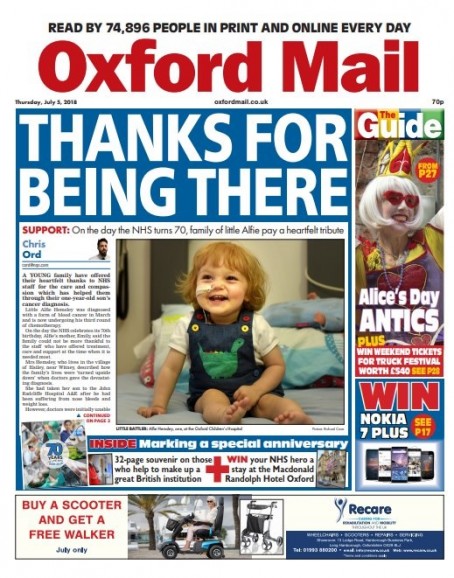 The Shields Gazette, meanwhile, featured the story of a man born on 5 July 1948, the same day the service came into existence. 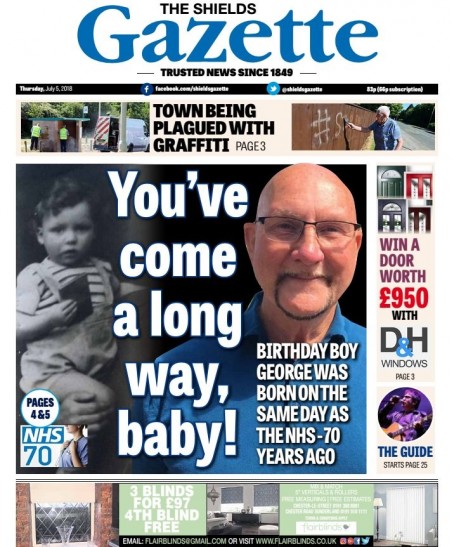 And Sheffield daily The Star highlighted the tale of a nurse still working at 81. 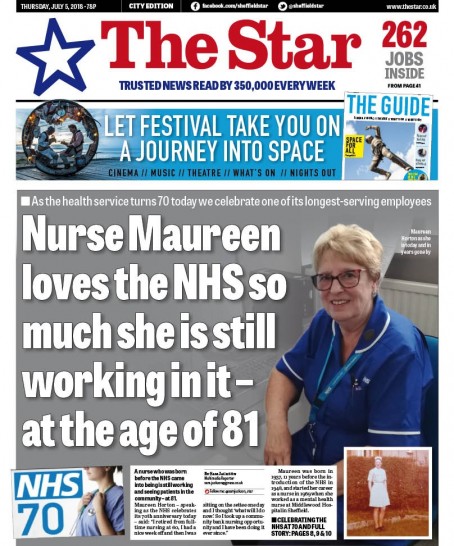