A regional daily has launched a “pop-up newsroom” in a shopping centre as part of a tour of its patch.

The Star, Sheffield, has launched the project which will see some members of staff base themselves away from its main headquarters over the next few months.

The temporary office has initially been set up in a unit at Crystal Peaks Shopping Mall, on the outskirts of Sheffield, and will later be based at other locations across The Star’s patch.

The office will also host question and answer sessions with people including editor Nancy Fielder, local MPs and councillors, writers, artists and men and women involved in local sport. 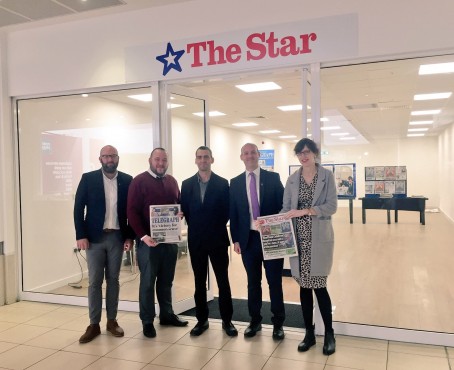 Rob Hollingworth, The Star’s managing editor said: “The views of our readers have always helped shape The Star and we welcome the opportunity to listen to what they have to say.

“The chance to use a shop unit at Crystal Peaks is a fantastic way of meeting people, hearing about what we’re doing right and wrong and what campaigns the readers think we should be considering.

“It will also give readers the chance to see how we work because it’s important they know we are accessible and here for them.

“We’d like to thank Crystal Peaks for this opportunity and look forward to meeting as many people as possible in this exciting project.”