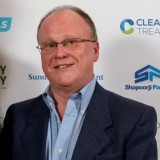 Tributes have been paid to David Holmes, left, who reported on the sport for Belfast daily the News Letter.

David, who died suddenly on Sunday, began working for the News Letter on a freelance basis in 2007, before leading the newspaper’s cricket coverage over the last two summers.

He previously wrote exclusively on the sport for rival daily the Belfast Telegraph and its sister title Sunday Life, having begun his career providing reports for the Ulster Star.

News Letter editor Alistair Bushe, himself a cricket fan, said: “Words can barely express the shock that will be felt within the cricket fraternity at this dreadful news. David has been at the forefront of promoting our sport for many years now and no-one should underestimate how he endeavoured to improve its profile, particularly on social media.

“He was the first person to promote the game using his Twitter handle, where would we be now had he not started updating scores from around the NCU [cricket’s governing body for much of Northern Ireland] on a Saturday afternoon? What he started, others followed.

“David was a hugely popular figure around the grounds. He invariably had a smile on his face, spoke to players, spectators and officials alike on the boundary and literally no-one I spoke to had a bad word to say about him.

“For David, writing about cricket and supplying scores wasn’t about the money, it was about a genuine love for the game and wanting to see it grow. He will be hugely missed. Our condolences go to his family circle.”

David was brought up in Carryduff, near Belfast, and had worked for the Ulster bank and electricity company Click Energy away from journalism.

He had been a keen cricketer himself when younger, and also spent time on the NCU’s general committee as sponsorship officer.

Former Ireland international cricketer Kyle McCallan posted on Twitter: “Awful news. Just awful. Might have been small in stature, but hugely respected and is a massive loss to the game.

“I’ll miss our chats. RIP mate. Thoughts and prayers with your family and friends at this tragic time.”

Andrew White, the Ireland national team’s chairman of selectors, added: “Devastating news this morning with the passing of local cricket writer David Holmes. The game here has lost a gentleman and a loyal supporter. Thoughts and prayers with his family at this time.”

Funeral details have yet to be announced.