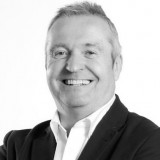 HTFP reported last month how the Liverpool Echo had announced the launch of its ‘Prints Charming’ campaign, which urges businesses to advertise with it in print and online.

Now the Echo’s Reach plc stablemate the Hull Daily Mail has taken on the campaign itself, albeit under the slightly amended name of ‘Print’s Charming’.

The campaigns follow research from the Advertising Association and WARC has shown an increase in print advertising for the first time in seven years.

In a piece about ‘Print’s Charming’, Mail editor Neil Hodgkinson, who began his career at his hometown paper the Fleetwood Chronicle in 1979, said he has “never fallen out of love with the industry”.

Neil, pictured, added: “It still excites. It still stretches your mind and it is still a major responsibility to deliver a service to a community – not only with stories but also opinions, campaigns and fund-raising.

“The latter is often forgotten – especially in swivel-eyed social media comments – but all the papers I’ve been involved in have raised millions of pounds for local charities and groups over the years.

“And that will continue because papers like the Hull Daily Mail – founded and trusted since 1885 – continue to sell thousands upon thousands of copies each day as well as reaching a huge and new audience with their websites, different than the paper but under the same brand.”