Radio presenter gets daily column back five years after sacking 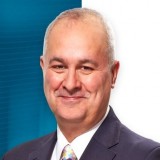 A radio presenter and former Tory candidate who was sacked as a regional daily columnist five years ago is to begin writing for the newspaper again.

LBC broadcaster Iain Dale, left, has announced he will start a weekly column for the Eastern Daily Press and the East Anglian Daily Times in January.

Iain, who originally found fame as a political blogger, previously wrote a weekly diary column for the Norwich-based EDP before being told it had “run its course” in 2013.

The new column will launch in the first week of next month and appear each Wednesday.

Announcing the appointment on his website, Iain wrote: “The EDP and EADT are both published by Archant, who also publish The New European, which I have written for from time to time.

“Matt Kelly is its editor and it is he who is behind giving me this column, and I’m hugely grateful to him.

“Matt tells me he wants me to be ‘provocative’, ‘non partisan’ and relate what I write about to East Anglia. No pressure then.”

Iain was brought up in Essex and stood for Parliament in North Norfolk in 2005, losing to Liberal Democrat Norman Lamb.