An independent publisher has shut a paid-for weekly title less than eight months after it launched saying it had failed to achieve the necessary sales.

The Midland News Association has announced the closure of Shropshire Weekly, which was launched in March and aimed at people who “no longer feel they have time” for a daily newspaper.

All staff who were working on the title have moved to new roles within the business, which also own the Shropshire Star and Express & Star, following its closure.

At the time of its launch, Weekly promised “essential writing around life and culture in Shropshire and surrounding areas” and was available at a cover price of £2.50. 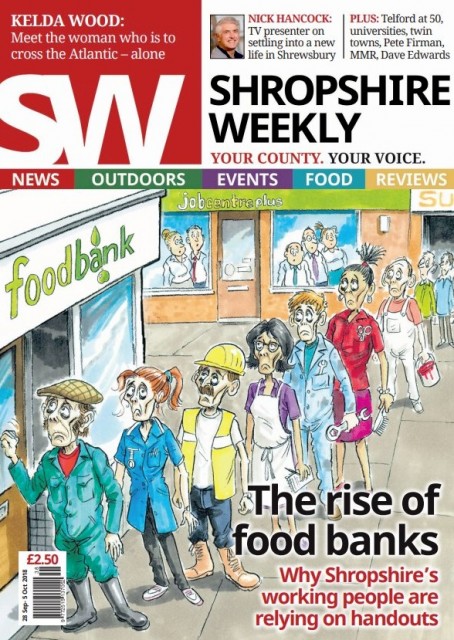 In a statement announcing the title’s closure on its website, editor Thom Kennedy said: “Publisher the Midland News Association has reluctantly taken the decision to close Shropshire Weekly.

“Shropshire Weekly was a bold attempt to do something different in the local publishing market and proved to be an excellent magazine showcasing some superb journalism.

“Closing the magazine is disappointing, but every effort has been made to ensure we retain the best elements of the magazine for use in our sister daily newspaper the Shropshire Star.

“In the meantime, I would like to thank all our readers, distribution partners and advertisers for the support and enthusiasm you showed to Shropshire Weekly.”

The last editions of Shropshire Weekly was published on 26 October.

MNA Print managing director Graeme Clifford added: “Given the changes to reader and advertiser behaviour, we have a responsibility to try new products and explore fresh opportunities such as Shropshire Weekly.

“Editor Thom Kennedy and the team deserve every credit for realising the ambitions for Shropshire Weekly. It has been an editorial product of which we could be proud.

“However, despite the work of everyone involved, including colleagues in the marketing and circulation teams who have tried to raise awareness of the title, it has not been possible to grow an audience to make Shropshire Weekly sustainable.

“I would like to thank everyone involved for their hard work over the past year.”