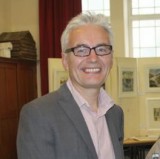 A regional publisher has poached one of a rival company’s “most talented” journalists to succeed a weekly newspaper editor who is leaving after 23 years of service.

Newsquest has announced Cornwall Live deputy head of content Steve Smith will take over as editor of the Falmouth Packet when incumbent Paul Armstrong, left, leaves at the end of this month.

Paul has spent 23 years with Newsquest, and has edited the Packet for the last decade.

Prior to taking on its editorship, he spent six years as its chief reporter.

Steve began his career at the Hampshire Chronicle and later worked as chief reporter at Newsquest daily the Bournemouth Echo.

He joined the Cornish Guardian as news editor in 2015, and has more recently taken on his present role with its Reach plc sister website Cornwall Live. 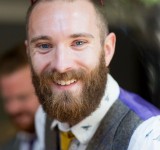 Steve, left, said: “I’m absolutely delighted to have been given the chance to take charge of these historic titles and move them forward both in print and online.

“Moreover, I’m really pleased to have been able to achieve my ambition of becoming an editor in Cornwall, which is a special place and one I’ve grown to love since moving here a few years ago.

“It’s a big challenge, but I know that we can make these brands a big part of their communities for a long time to come.

“I’m also very much looking forward to rejoining Newsquest — the company where I started my career and worked for a decade previously — and renewing some acquaintances.”

Steve will begin his new role on 3 September following Paul’s departure on 31 August.

Newsquest editorial director Toby Granville said: “Having worked with Steve at the Bournemouth Echo I knew he had the makings to be an editor — and I’m thrilled that we’ve been able to get him back and give him the opportunity to do so.

“I think Steve is one of the most talented journalists in the business — and I’m looking forward to seeing great things from him in Cornwall.”