A group of weeklies which removed all editorial content from their websites in a bid to drive traffic to social media have now stopped publishing local content on their Facebook channels too.

HTFP reported in May last year how Johnston Press had made the move at six of its Scottish titles, with readers redirected from their sites to The Scotsman’s for North-East of Scotland news stories and advertising enquiries.

At the time, JP said the idea would allow the company to “focus resource on increasing engagement through [social media] platforms in support of a quality print product.”

The titles which made the change were the Arbroath Herald, Brechin Advertiser, Forfar Dispatch, Guide & Gazette, Kirriemuir Herald and Montrose Review, which all serve areas in the county of Angus.

However it has now emerged that no local stories have been published on the Facebook pages of five of the six titles since before Christmas.

The only new content added since then features links to articles carried on the websites of flagship titles The Scotsman and the i’, as well as generic light-hearted pictures such as the image below. 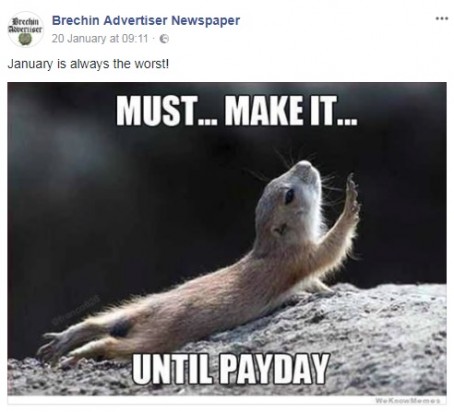 The last post featuring a local news story on the Facebook pages of the Arbroath Herald, the Advertiser,  the Dispatch, the Guide & Gazette, and the Kirriemuir Herald was uploaded on 21 December, and concerned a £2,500 donation being made at a charity shop in an unnamed town in Angus.

The last local post on the Review’s page, advertising a charity event in Montrose, appeared on 11 January, while the profile pictures which accompany the pages of the Arbroath Herald, Guide & Gazette and Kirriemuir Herald still feature Christmas-themed artwork.

JP has denied that any permanent decision had been taken to stop publishing content to the pages saying that it is continuing to “experiment” with how the pages are used.

A spokesman said: “We continue to experiment with serving our readers across web, print and social platforms. In these titles, we use social platforms to stay connected to our readers, depending on what stories are being published each week, but also are focused on maintaining a viable and unique printed product in these communities.”

However the apparent change has drawn criticism from STV journalist Andy McLaren, formerly of the DC Thomson-owned Aberdeen Evening Express.

He posted on Twitter: “Johnston Press made the decision to close the websites of some of its weekly titles last year.

“Stories were instead published as Facebook statuses generating no cash. That idea has also been scrapped. Only The Scotsman articles appear on their [Facebook] pages. Shambles.” 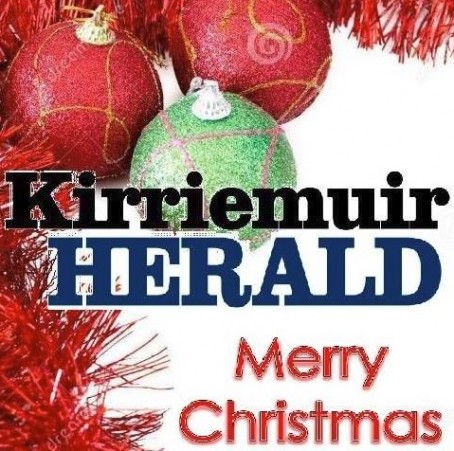