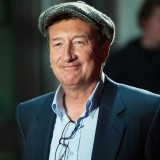 The creator of hit television programme Peaky Blinders is set to speak at an event organised by the world’s oldest press club.

Steven Knight will appear at the Birmingham Press Club celebrity lunch, which will be held next month.

The Birmingham-born screenwriter wrote the award-winning screenplay for the film Dirty Pretty Things, and also created game show ‘Who Wants to Be a Millionaire?’

Peaky Blinders follows the fortunes of a family of gangsters in post-First World War Birmingham, and its fifth series is set to be screened next year.

Press Club director Kay Cadman, who is organising the lunch, said: “Steven is a talented award-winner whose creations are popular with audiences around the world and we are delighted that he has found the time in his busy schedule to address the Press Club.”

The lunch will be held on Friday 4 May at Opus Restaurant, Cornwall Street, Birmingham.

Tickets priced at £50, including VAT, may be booked by completing an online form at the Birmingham Press Club website.