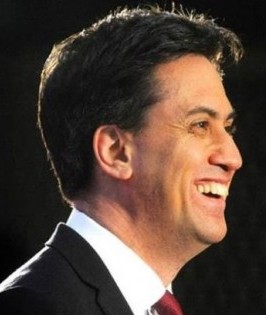 Newspapers will close if MPs back moves to introduce Section 40-style costs sanctions this week, local editors have warned.

The House of Commons will vote tomorrow on an amendment to the Data Protection Bill which would see newspapers which refuse to asign up to a state-approved regulator forced to pay both sides’ costs in privacy actions.

But a survey of 68 local editors carried out by industry leaders has found overwhelming opposition to the move.

Sixty-nine percent of respondents said they thought some local newspapers would close if the amendment became law and 99pc said Section 40-style costs sanctions would make it harder to publish a local newspaper.

Editors also rejected the idea of holding a new Leveson-style inquiry into all the media – another issue set to be debated by MPs tomorrow.

In the online survey of conducted by the News Media Association, 92pc of respondents said they did not think another “Leveson-style” inquiry into the media should take place with the remaining 8pc saying they weren’t sure.

Nearly two thirds of those who responded to the survey said it had become harder to access and publish information in the public interest since the publication of the original Leveson Report in November 2012.

And 59pc said the Leveson Inquiry had been mentioned to them or their journalists by an individual, political party or politician making a complaint about a story, pre or post publication.

The NMA said: “The local editors survey has made very clear that local newspaper editors believe that another lengthy inquiry into the media should not proceed on the basis that it would be harmful to the sector.

“Local media is already trying to grapple with some serious challenges to its business model and the last thing the industry needs is for time, resource and talent to be diverted into dealing with a far-reaching, costly and unnecessary inquiry.

“The first part of the Leveson Inquiry spawned the draconian Section 40 costs shifting provisions and a further inquiry would undoubtedly create yet more restrictions on free speech which we would all have to battle.

“MPs must resoundingly reject these amendments in order to stand up for freedom of speech and a strong and sustainable local press sector.”

MPs are due to vote on an amendment to the Data Protection Bill tabled by Ed Miliband, pictured, which would establish a new statutory inquiry into all media organisations.

A separate amendment by deputy Labour leader Tom Watson would introduce Section 40-style sanctions into the data protection regime, requiring publishers to pay all the claimants’ costs of legal actions brought against them as well as their own, win or lose.

Ministers have already announced they will repeal the original Section 40 of the Crime and Courts Acts and cancel the ‘Level 2′ inquiry.

However Labour has refused to accept the decision and is hoping some Tory rebels will back its move.