A Sunday newspaper has launched a bid to close down two sporting governing bodies it says are responsible for 20 years of “failure and shame”.

SFA chief executive Stewart Regan resigned last week as the organisation continues to search for a new manager for the Scotland national team, who last played in a World Cup in 1998.

Launching its ‘Project Save’ campaign, the Mail said a new body would “rid our game of the scourge of vested interests” and accused SPFL clubs of “putting themselves first”. 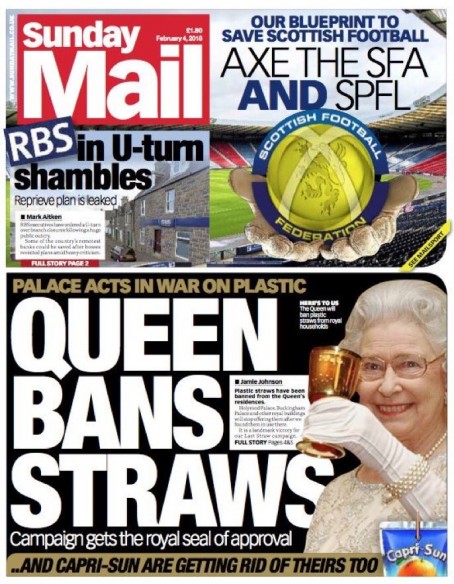 The Mail is proposing a new Federation with an “independent board made up of football people with business pedigrees”, as well as fans’ groups.

“The clubs ARE the SFA and the SPFL – they need to think about what Scottish football looks like for the next generation. More of the same is not an option.

“One governing body would be in a stronger position to negotiate new sponsorship deals. TV cash from league games and internationals would be pooled.

“The country’s top clubs’ commercial interests will still have to be served. But a percentage of the cash has to be fed back to grassroots level. This would bring the clubs and the national team closer.”

“There has never been a better time for all parties  to unite and revive our failing game. Let’s get the Bravehearts beating again with some radical surgery. Get all the interested parties and politicians round a table and talk. Project Save should be No.1 item on the agenda.”

Sunday also saw the Mail score a victory in its campaign to outlaw plastic straws, reported on by HTFP last month.

The paper splashed on the revelation that both Holyrood and Buckingham Palace have banned them.