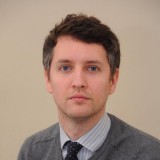 A new editor has taken over at three sister weeklies following the retirement of his long-serving predecessor.

Archant has appointed Andrew Fitchett as editor for its ‘coast’ patch, and he will oversee the Great Yarmouth Mercury, Lowestoft Journal and Beccles and Bungay Journal.

Andrew’s role also sees him take repsonsibility for all content from the coastal patch for the Eastern Daily Press and Norwich Evening News.

His appointment follows the retirement of Anne Edwards after 48 years in the regional press, including 16 with Archant.

Andrew, pictured, has been with Archant since 2013, and spent three years prior to that as a journalist with the Bury Free Press.

He had previously served as an editor on newsdesk at Archant’s head office in Norwich, where he was responsible for video and images.

EDP editor David Powles told HTFP: “Andrew has proven himself to be a highly-talented and dedicated journalist in a variety of roles in our newsroom.

“I’m delighted he will be leading our teams on the coast and know he’ll be a great success.”