Midlands weeklies move to new town base after 25 years

A group of weekly newspapers in the West Midlands have left their base of 25 years after it was judged too large for the current workforce.

The Stourbridge News and its sister titles the Halesowen News and Dudley News have moved to a new 2,700 square foot suite at Copthall House, an office block in the town which has recently undergone a £150,000 refit.

The News had been based at St John’s House, St John’s Road, Stourbridge, since 1993, but publisher Newsquest decided to look for another base in the town after deciding it needed less space.

Newsquest is one of two new tenants in the newly refurbished building, pictured below, which is a short walk from Stourbridge town centre. 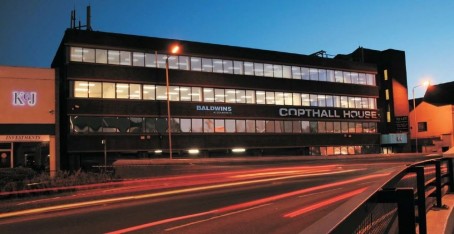 Head of media sales Rachel Hudson told the Express & Star: “As the world of publishing has changed so dramatically over the last decade or so Newsquest found ourselves leasing a building that was far too large for the current workforce.

“On looking for a more suitable office space we felt it was important to remain in Stourbridge having been in St Johns House on the Ring Road for over 25 years.

“We therefore viewed the suite at Copthall House due to its ideal location, this was before the refurbishment had taken place, so a little imagination was needed, however the decision was made to go ahead.

“We are now finally relocated in our fabulous, re-fitted, modern office and everyone seems delighted with their new ‘home'”