Newsrooms in the Midlands are set to bear the brunt of planned Trinity Mirror cuts, according to figures released by the NUJ.

TM announced yesterday that up to 49 journalists were at risk of redundancy across the country as it plans a digital rebrand of seven Midlands dailies, as well as the Bristol Post and Bath Chronicle.

The National Union of Journalists has now claimed 29 of the roles at risk are based in the Midlands – 16 in the East Midlands, 11 in Tamworth and two in Coventry – while eight jobs are also set to go in Liverpool.

Trinity Mirror has declined to comment on the breakdown, and has accused the union of being “more concerned with its own PR than with the future of local journalism”. 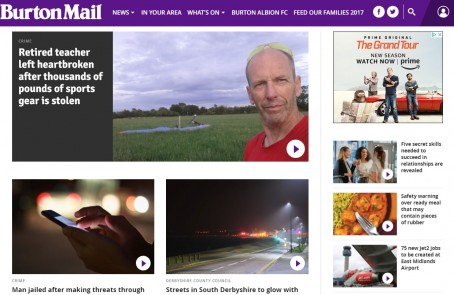 The union also claimed that the cutbacks in Tamworth risked the closure of the Walsall Advertiser, which was merged with the Great Barr Observer last year.

The union also claims 16 jobs could be lost in the East Midlands – affecting the Leicester Mercury, Derby Telegraph and Nottingham Post.

TM announced yesterday that the three East Midlands dailies will be rebranded online as Leicestershire Live, Derbyshire Live and Nottinghamshire Live respectively – while the Burton Mail’s website will be incorporated into Derbyshire Live.

While the Mail has historically covered the district of South Derbyshire, the town of Burton-on-Trent itself is actually in East Staffordshire.

According to the union, staff in Burton “fear the changes will alienate many readers”.

At the Liverpool Echo, the NUJ says there are plans for eight redundancies, with three new roles created, while at the Coventry Telegraph, the company is targeting one of three content editors and one of three specialist reporters but also plans to hire two trainees.

As reported yesterday, the Liverpool Echo’s website is retaining its current name online, while the websites for Coventry, Stoke and Bristol will also switch to the ‘Live’ brand.

Chris Morley, Trinity Mirror NUJ coordinator, said: “If digital is to be a success for the company, our members want to see a company committed wholeheartedly to it with investment in editorial.

“Instead, the same grim recipe of cuts, increasing stress for those who remain and a sapping of morale as members again feel let down by their own leaders.”

A Trinity Mirror spokesman described the comments as “hyperbole from a union more concerned with its own PR than with the future of local journalism”.

He added: “We are focused on securing the sustainable long-term future of local journalism, by adapting to the changing demands of readers, while the NUJ have their heads firmly in the sand. Our strategy is working and our stories are reaching more local people per day than at any time since the 1970s.”

Meanwhile yesterday’s announcement by TM has drawn criticism from several senior industry figures who previously worked for the some of the titles affected.

Former Derby Telegraph and Bristol Post editor Mike Lowe posted on Twitter: “So the Echo is considered a valuable brand name, but the Sentinel and the Mercury aren’t? Baffling.”

Paul Wiltshire, former Bath Chronicle deputy editor said: “If this means Bath – a city I covered for 19 years – is losing its own dedicated website, this makes me very sad today.”